The UK High Commissioner to Ghana, Jon Benjamin has stressed that his outfit deserves the right to revoke visas of political leaders who incite violence in the December elections.

The governing National Democratic Congress (NDC) on Wednesday criticized the US and UK foreign missions for its decision, saying the two bodies have fallen for the propaganda by the NPP that the NDC is to blame for Sunday’s attack at Nana Akufo-Addo’s residence.

The party chairman Kofi Portuphy in a statement argued that international partners must be more diligent in seeking the truth rather than relying on biased political and media propaganda.

But speaking on Accra-based Joy FM, the UK High Commissioner said their decision to revoke visas is in the right direction.

“There have been a few incidents, and we hope as a result of those few incidents, the situation will be under control and there wouldn’t be any more. We have gone all this way to within three weeks now to elections the campaign has been very peaceful, it’s been very impressive. But of course in any country the tensions get a bit higher the closer you get to the date. So we just hope that cool heads will prevail on all sides and the job of public security will be left to the people it should be left to which is the police.

He added that: “…If it comes to our attention that people are organising or provoking vigilantes or using hate speech then we will consider that action… Visas are the subjects that come up daily in all of our business in the high commission and therefore we think it is a legitimate subject to address in this context.”

“We have every right to refuse our visas if our conditions aren’t fulfilled or people engage in violent activities,” he added. 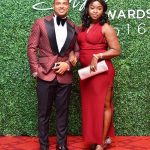