Professor Aaron Mike Oquaye has been sworn-in as the new Speaker of Parliament.

His named was proposed by the Majority New Patriotic Party (NPP) after which he was approved by MPs.

In a letter read to MPs by the Majority Leader Osei Kyei-Mensah-Bonsu, Prof. Oquaye accepted his nomination as the Speaker of Parliament.

The Speaker’s oath of office and allegiance was administered to him by the Chief Justice Mrs Georgina Wood.

In a short speech after he assumed the role of Speaker, the former Ghana’s High Commissioner to India thanked God and the leadership of the NPP for his current position.

He said it was a great honour to be made the speaker, saying he sees his current position as a second coming, having served as an MP before.
He promised to be fair to every member of the house to air their views.
Prof. Oquaye urged the Majority not to use their numbers as the basis to stifle the contribution of the Minority.
On private member bills, the new speaker said the narrow view were only the executive is the originator of bills must end.
He said the introduction of the private member bills will release the innermost abilities of MPs.
In his concluding remarks, he pledged to protect MPs and restore their full privileges.
Joseph Osei-Owusu, MP for Bekwai and Alban Bagbin, MP for Nadowli/Ka

Kwasi Ameyaw-Cheremeh, MP for Sunyani East will serve as the Majority Chief Whip. He would be assisted by Alex Afenyo-Markin, MP for Effutu, as the First Majority Chief Whip and Matthew Nyindam, NPP MP for Kpandai, as the Second Majority Chief Whip.
Minority bench
Minister of Employment and Labour Relations and National Democratic Congress (NDC) MP for Tamale South, Haruna Iddrisu emerged as the Minority.

He will be assisted in that position by his close rival James Klutse Avedzi.

Alhaji Mubarak Muntaka will serve as the Minority Chief Whip having served as the Majority Chief Whip in the sixth parliament.
He would be assisted by Ahmed Ibrahim, MP for Banda and Comfort Doyoe Cudjoe Ghansah, MP for Ada. 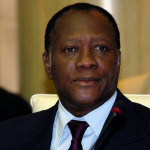