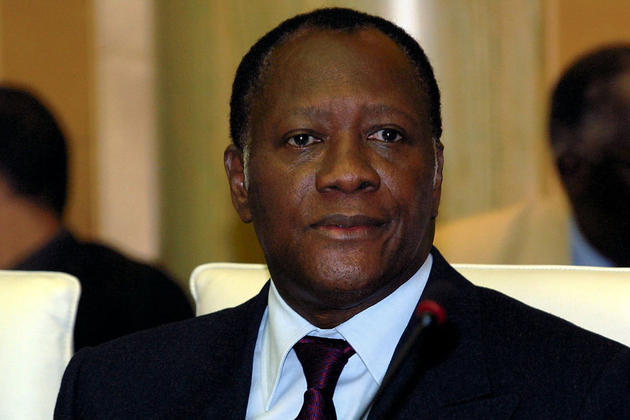 The Ivorian leader is the Special Guest Speaker for Saturday’s event.
Soldiers seized control of the Ivory Coast’s second city Bouake on Friday in a protest over pay, firing rocket launchers in the streets and terrifying residents, as the government called for calm, the AFP reported.

Witnesses said the soldiers had left the streets by nightfall except for Bouake, where troops continued to sporadically fire rocket launchers and spray rifle bullets into the air, according to the AFP.

“The soldiers are still in control of Bouake. The town is deserted,” an AFP correspondent reported.

“There are only soldiers riding in their own vehicles and in government cars.”

The dignitaries were welcomed at the Airport by high profile members of the incoming Akufo-Addo administration such as the National Security Minister-designate, Albert Kan Dapaah, Papa Owusu Ankomah and Hackman Owusu Agyeman.