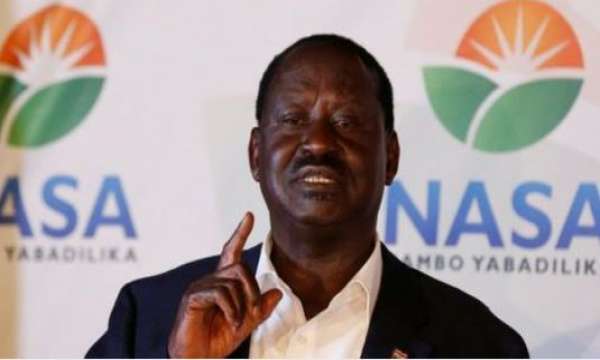 For instance, the Adopt a Polling Station idea never left the NASA boardrooms. Several meetings were held, people were paid huge allowances, consultants received millions in fees but NOTHING was done.

We had no Parallel Tallying Centre. NASA did not invest in a massive IT infrastructure as claimed. We had a bunch of “experts” from Canada, Ghana and the United States who received millions of shillings in fees but did not establish the infrastructure that we required.

Our agents were not trained and organized. H.E. Odinga had no business addressing us about Form 34As. If our agents were trained properly, they would have signed and sent the Form 34s to the NASA Secretariat (as expected).

Jubilee ran a superior campaign. I can’t explain how they made inroads into regions such as Kisii, Western Kenya (where two of our principals come from), and Bomet. What I can say is that Isaac Rutto, Moses Wetangula and Musalia Mudavadi added no value to NASA.

Like I said, this has been a difficult campaign. I do not regret supporting Raila Odinga. I supported him because I wanted a better Kenya and an inclusive economy that works for everyone. I would support him tomorrow if he ran for the Presidency. However, the people of Kenya have decided.

I congratulate President Uhuru Kenyatta for winning this election and urge him to embark on the business of uniting this country. As for the NASA supporters who invested heavily in this campaign (financially, emotionally, etc) we will live to fight another day. Let us lick our wounds and embark on the business of healing the ethnic divisions that this campaign has caused.”