Six people have been confirmed to have died of Pneumococcal and Meningococcal meningitis in the Ashanti region.

The outbreak of a variant of meningitis in the Brong Ahafo, Northern and Ashanti regions is causing public health concern among residents there.

Health officials who have been briefing journalist in the Ashanti regional capital, Kumasi about the outbreak have, however, dismissed suggestions the disease has reached an epidemic stage.

Deputy Health Director in charge of Clinical Care, Fred Adomako-Boateng who addressed journalists at the briefing said the Ministry is on top of the issues and is still putting in place measures to curb the outbreak.

He urged the media to assist in public education campaigns as surveillance is intensified across the affected regions.

Meanwhile, health officials in the Volta Region have appealed to government for vaccines after the region recorded its first case of cerebrospinal meningitis.

He said the best solution, however, is vaccination which is unfortunately not available.

Government has said it is seeking assistance from the World Health Organisation (WHO) to prevent a further spread of the meningitis disease.

Health Minister, Alex Segbefia will be visiting the affected regions on Thursday. 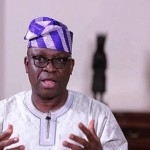