Theologian and politician Professor Mike Ocquaye has said he never preaches politics at church even though he has an active church and congregation.

According to the Baptist pastor, it will be unfair to his congregation if he preached his political ideals at church since some of them may belong to different political persuasions.

Speaking to Bola Ray on Starr Chat Wednesday, the former Deputy Speaker of parliament said even though he loves politics, his love for God comes first in everything he does.

“Not once have I preached politics in my pulpit, I don’t preach politics in church, I never do that because that would be unfair to the members who do not share my political ideology,” he stated.

The former communications minister also advised parents not to impose career choices on their children but instead allow them to pursue their God given talents. 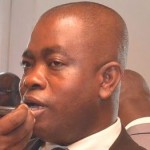