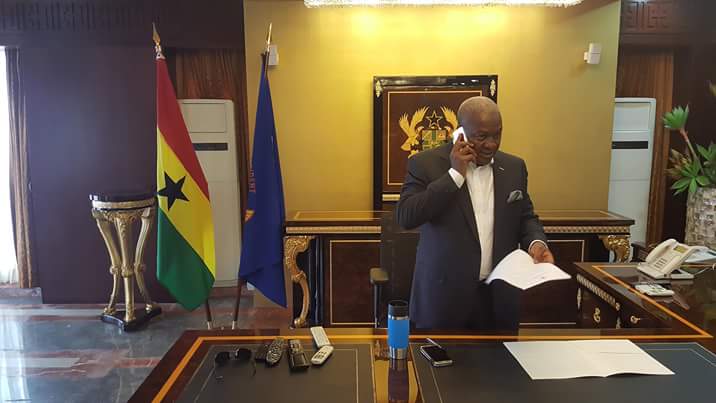 Some Ghanaians have been expressing their displeasure with former President John Mahama for requesting to keep his official residence as part of his retirement package.

The former president made a request to keep Bungalow No.3 in Cantonments, Accra, which is the official residence for Vice Presidents, and its adjoining facilities.

He also wants Bungalow No.6 at Ridge as his office. Whiles several Ghanaians have largely condemned the development on social media, a few of them who spoke to Citi News on the President’s request, said granting his request would not be prudent. One citizen said “President Mahama hasn’t done the nation any good.

If he was patriotic, he would put the nation first. If every state institution or state property was to be handled in such a way that when you are leaving office, because you like it, you take it, I don’t think we are going to have anything.”

“It is wrong that the official residences will be taken up entirely by those people who retire from office. A provision should be made so that the government builds specific accommodation for them so that it will be at a cost that is reasonable for the government,” one person said.

Listen to a cross section of Ghanaians voicing their opinions below

The sixth Parliament, before its dissolution, approved that the former President be given a house as part of his package as a former office holder. This is despite recommendations made by the Prof. Dora Francisca Edu-Buandoh committee tasked to review emoluments of Article 71 office holders.

The committee recommended that the former president should not be given a house in Accra and another location of his choice outside the capital, as has been the norm, but instead be given 40 percent of his salary to be paid monthly. –