Delegates of the New Patriotic Party (NPP) in the Ashanti Region have elected new executives who will ensure victory for the party in the 2020 presidential and parliamentary elections, Bernard Antwi Boasiako (Chairman Wontumi), Ashanti Regional Chairman of the NPP, has said.

According to him, there is so much cohesion and unity among the new executives, a situation that will propel the party to greater heights in the elections.

The NPP over the weekend elected new regional executives for the party to steer affairs of the party for the next four years.

Chairman Wontumi went unopposed and was retained by the delegates.

Speaking on Ghana Yensom hosted by Chief Jerry Forson, on Accra 100.5FM, he said: “The delegates have elected executives who know their work and will ensure a smooth victory for the party in the 2020 elections.”

“There is so much unity and harmony among the executives and that is good for the NPP,” he added. 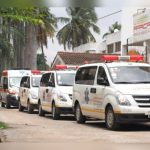