The Finance Minister, Seth Terkper, has been summoned by the Parliament of Ghana to brief Members on the circumstances that led to the collapse of some micro-finance institutions in the Brong-Ahafo and the three northern regions that have brought chaos among the people.

Terkper, according to the Business Statement of the House, would be in the country’s legislature on Tuesday, February 16, 2016, to respond to the purpose of his invitation.

His invitation to the August House was influenced by a plea from both sides of the House, especially, by two senior Members whose constituents are bearing the brunt of the collapse of the microfinance institutions, especially, DKM, God Is Love and Justa Motors.

The Finance Minister is, therefore, expected to touch on the possible challenges that led to the collapse of the microfinance companies mentioned institutions among others.

He is further expected to brief Members on the measures the Bank of Ghana (BoG) has put in place to ensure that those who invested in those firms get their money back.

Terkper is also expected to touch on the way forward in avoiding the problems some micro-finance institutions are creating for the general public.

Second Deputy Majority Chief Whip, Hon. Ibrahim Ahmed, who led the call on the Speaker, said the collapse of DKM and other micro-finance institutions in the Brong-Ahafo and the three northern regions has brought anarchy to the area.

“Mr. Speaker, there have been press conferences from various areas, but I think that as representatives of the people, it is better if we will have the information from source. So, when the Finance Minister is invited, he should be able to tell us what actually happened and the way forward,” he noted.

“Mr. Speaker, if you look at what is happening in the region, it is like the local economy is breaking down because of the activities of these micro-finances”.

“The amount of money involved is within the range of GH?1billion and looking at a region with a relatively low-income people, mobilizing a total of about GH?1billion is quite a huge sum of money. I think the honourable Finance Minister will do us a good service if he comes here and explains to us what led to that and what the Bank of Ghana is doing so that at least the people who invested in these micro-financial institutions will, at least, be assured of the way forward.” 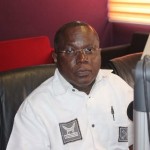