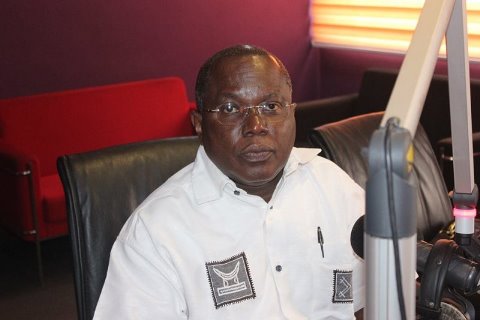 The Chief Executive Officer of Development Geo-Information Service, Professor Emmanuel Amamoo-Otchere, says he is saddened by the inability of the National Development Planning Commission (NDPC) to tackle the impact of climate and sustainable development in its work.

In his view, the Commission has solutions to every problem facing the country on paper but has failed to implement them. He blamed such recurring challenges on lack of continuity on the part of successive governments.

Several parts of the country have been facing challenges with water supply and in recent times, which experts have attributed to pollution of water bodies and weather changes.

Speaking on the Citi Breakfast Show, Prof Amamoo-Otchere, said the country has all the requisite framework it needs to tackle the problem but the institutions responsible have failed to do their work.

“It’s surprising that we have everything on paper in this country. If you begin to sit and you want to see institutional framework for any issue, you will see that all of them are listed and they are attending conferences, meetings and studies are going on but it doesn’t click. It doesn’t click because they are also frustrated because every government that comes, works with their party manifestos and throw away the long term project,” he told Citi Breakfast Show host, Bernard Koku Avle on Monday.

Professor Amamoo-Otchere said while reviewing some policies on climate change, it emerged that the much touted Better Ghana Agenda espoused by the governing National Democratic Congress (NDC) was actually adopted from works done by the NDPC.
“When they [NPDC] integrated everything into a medium term development plan, the professor [John Evans Mills] now took it and electrified it or organized it into the Better Ghana Agenda.”

He however said that, “the policy was not implemented very well because all the projects captured in it which included building of schools, roads, markets and so on were all not connected.”

The NDPC, currently being headed by economist, Dr. Nii Moi Thompson, is holding consultations on long-term development agenda for Ghana which will last for 40 years.

Prof. Amamoo-Otchere further chided the NDPC for holding such consultations.
To him, the NDPC has “everything in their record, they are just not working. If they are working they will look at what has been there and upgrade it. We have many series of medium-term development plans; if they fail, what have they done and why are they not telling the country why it failed?”

Professor Amamoo-Otchere made the remarks on the Citi Breakfast Show when concerns about a looming water crisis came up for discussion.
Experts say the crisis could get worse in coming months if nothing is done.