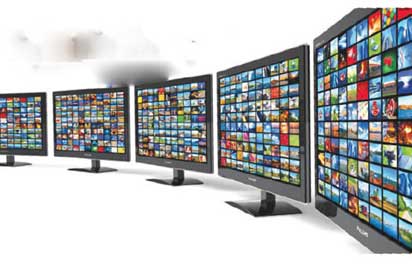 IF you can read this, it simply means you belong to the Generation Y who are SMS and social media compliant.

Although mobile phones are banned in most secondary schools, but text messaging and social media language have crept into academic discuss and writing.

The 9-Year Basic Education Curriculum introduced by The Nigerian Education Research and Development Council, NERDC, placed emphasis on value re-orientation, poverty eradication and employment generation capabilities in learners. In these reform initiatives, science, technology, mathematics, and vocational education and training are specifically designed to provide the contents, learning experiences and skills for the socio-economic transformation of the Nigerian nation.

However, the tool to achieve these utopian goals, one of which is writing, falls short of the expectation, as most students cannot write legibly nor express themselves in simple correct grammar because of mixing social media language with proper English grammar.

Vanguard Learning sought to know how social media usage has affected writing abilities; its import on communication and expression and measures to improve the writing abilities of students.

Speaking on social media use and its effect on the students’ ability to write proper and correct English grammar, an English Language teacher with Penny International College, Mrs. Chinweuba Nwanne, said “When I was a teenager, relationships between boys and girls involve letter writing. When a boy writes a girl, she checks his handwriting and grammar, thus, both served as monitor to check their writing and grammar.

“Today, that conscious effort no longer exists as youths text a lot. For instance instead of writing the word ‘the’ students write ‘d’, ‘your’ becomes ‘ur’, while ‘you are welcome  is ‘URW’. These abbreviations make students miss-spell words and they lack the zeal to write because when you give them essays to write, they finds it difficult.

“But ask the students to text and they will gladly stay on it for hours because a lot of things like wrong spellings and poor grammar, are allowed. The most painful part of it is that it is becoming fashionable and even the good students tend to copy this attitude so as to ‘socially belong’.”

Continuing, Nwanne added; “
Social media distracts students from their studies and it is addictive. It has become part their lives that if want to punish a child, take away the phone and that child will feel more punished than when you deprive him of food or basic needs.”

Agreeing is the Principal, Tonia International School, Mr. Frances Alayo, who said though social media has its positive use, the negative effect on students would be immense if not checked.

His words: “Chief of the problems social media causes are the introduction of laziness on the part of students and the increase in poor writing ability, as evidence with the use of abbreviation and repetition.”

Pointing out that social media language has done more harm than good in the writing abilities of students, a Masters degree student of English Language at the Lagos State University, Miss Esther Chioma, said “the use of social media, amidst it’s many blessings, has caused great deterioration to people’s writing abilities as most people don’t know how to make or write good sentences, they tend to prefer the shorter, elliptic, and sometimes incomprehensible version. In a nutshell, I don’t think the use of phones should be encouraged in secondary schools.”

For Clementina Nzeako, an Economist based in Kano; “The use of phone by students has brought about the issue of phone addiction. Students now spend gargantuan portion of their time on their phones. Because of the psychological effect it has on students; which has to do with making it difficult for them to have profitable intellectual discussions in real life, and inability to make real non-virtual friends, students now stand the risk of losing their already dormant writing skills.”

Students speak: A 200 level student of Chemical Engineering at the University of Benin, Sylvester Nwokolo, said “I wouldn’t lie to you, the thing is affecting me. Normally I facebook, tweet, chat on Whatsapp and ping in short forms like ‘LWKMD’ – Laugh wan kill me die, also, since we don’t submit our notes like we did in secondary school, I use short forms when taking down notes in class.

“There was this particular exam that I wrote in short form because I was running out of time and the course lecturer specifically came to class after exam and said that those of us that used short forms have lost 15 marks. I nearly fainted. He went on to say that we being in science is not an excuse to not know proper English grammar; that if you are a first class graduate and you speak poorly people will think you bought your certificate.”

For Rebecca Obika, an SS3 student in one of the private schools in Port Harcourt, chatting in long hand is boring. She said “I have a smart
phone because my parents always like to reach me. Teachers say it’s not allowed but I have to have my phone that I use it for assignments too. If I chat in normal long form, my friends will say I am boring. In fact, instead of laughing normally, we just say ‘LOL’ amongst ourselves. It’s the in thing and we have to keep with the trend.

“there was a time I accidentally used the short form in an exams but I don’t think the teachers minded so much. At best they will remove two marks. Is the important thing not to understand what they are teaching? Does it matter how I type it?”

Toafeek Tajudeen, SS2 student of Federal Government College, Lagos, said “I use my elder brother’s phone to chat with my friends because I do not have a personal phone. I know that chatting with those abbreviations will affect me but I use them so that the text message will not exceed one page. I am usually conscious not to use it in copying my notes because we submit our notes for grading and my teacher will automatically give me zero if we write short form.”

Way forward: Text message or chartroom slang affects students’ academic performance either positively or negatively.  Positively because some use it for important academic message or family members or friends both at school and at home for information especially when they are out of credit and cannot make voice calls. Negative when they become addicted to SMS, IM, BBM and so on when they use text slangs to the point of writing such slangs in their continuous assessment and examinations.

It is most astonishing to note that even though the students are aware of the dangers associated with the use of SMS slangs, especially during examinations, they still cannot stop it because they uncautiously use it.

However, the use of SMS slangs can be overcome if only its users can adopt the use of only simple and correct English when doing so. 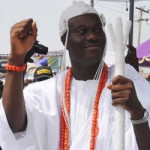