Christian Pressure Group Movement For Kingdom Image is warning deputy General Secretary of the NDC, Koku Anyidoho will go dumb if he fails to apologize to the Catholic Bishops for his unsavory comments on the Gitmo two saga.

In a press statement signed by the Public Relations Officer of the movement, Rev. Daniel Osei Budu, the pastors group says the seven spirits God are ready for him if he fails to apologise and retract his ‘filthy’ words filled with pride.

“God is going to strike at him and if God makes him dumb we will see the mouth he will use to insult men of God,” part of the statement read.

Koku Anyidoho is questioning why some religious bodies are up in arms against government’s decision to accept the two Yemeni citizens when government has stated that they pose no threat to the country.

“I know these Bishops to be full of common sense, but when they see and hear anything that has to do with the President, then they leave their common sense and start to complain.

“They should watch it and stop those trivial issues they are coming up with because I know they are just doing politics with it,” he asserted.

The presence of Mahmud Umar Muhammad Bin Atef and Khalid Muhammad Salih Al-Dhuby has created fear in the hearts of some Ghanaians, with religious bodies including the Christian Council of Ghana and the Catholic Bishops Conference urging the John Mahama administration to send them back.

But government has been resolute in defence of the decision. Foreign Minister Hanna Tetteh, who issued a statement announcing their arrival, said the two were only “foot soldiers” of Al-Qaeda and posed no potential risk to Ghana.

Below is the press release

KOKU ANYIDOHO TO FACE THE WRATH OF GOD AFTER 7 DAYS.

The Christian Pressure Group Movement For Kingdom Image after its second look at the ill and unspeakable words of insult and arrogance with which the deputy general secretary of the National Democratic Congress (NDC) Koku Anyidoho responded to the Catholics Bishop Conference comment about the reception of the two Guantanamo bay prisoners we as a group want Koku Anyidoho to come out on the same platform he used to insult these men of God to retract and render an unqualified apology to the catholic bishops conference with seven days (7) or face the destruction of God.

We are hereby calling on him to do so within seven days to avoid the unpardonable wrath of our God to wash him from the earth because if the children of God speak God can do anything.

The group have observed with great concerns that if a citizen mentions something amount to treason against politicians immediately BNI comes to arrest but men of are made to go through pain and tribulation in the hands of many politicians without reason.

We are not going to sit and watch the likes of Koku Anyidoho to drain our spiritual fathers and mentors because of power.

The group believe it’s time we demonstrated the power of God unto some politicians and use them as escape goats to others who and fond of insulting great men of God.

There are several instances in the bible where the saints prayed and caused heaven to act and destruction occurred. According Revelations chapter 8 we will prove Koku Anyidoho that his deputy general secretary position is nowhere near priesthood.

The seven spirits of our God are ready for him if he fails to apologise and retract his filthy words filled with pride God is going to strike at him and if God makes him dumb we will see the mouth he will use to insult men of God.

As ruler King Nebuchadnezzar fooled and turned animal ate grass and lived in the bush so shall it be in this country if Koku Anyidoho takes our warning for a joke.

Long Live our Ministers of God 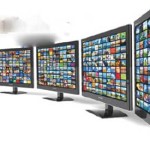