Afrifa Yamoah Ponkoh, who was reacting to assertions by the Greater Accra Regional Secretary of the NPP, Agyei Sowah, that Dr. Mensa Otabil is not a member of the largest opposition party, said Dr. Otabil’s ideologies are not different from that of the NPP.

“Mensah Otabil and the NPP should stop throwing dust into our eyes because I can tell you on authority that he (Otabil) is a pure NPP card bearing man. He should stop lying about issues of development” he stated on Accra-based Okay FM on Monday.

Pastor Otabil has come under attack from some members of the governing National Democratic Congress (NDC) after he asked Ghanaians to demand better things from government.

Some NDC members have described him as a threat to national security and have also accused him of doing the bidding of the main opposition NPP.

Mr. Agyei Sowah told The General Telegraph in an interview that since he became an official and an executive member of the NPP after playing several leadership roles, he has never come across the name of Dr. Mensa Otabil in their books.

“To be frank, I have never come across his name in our records. I have every record of our card bearing members. It cannot be said that Pastor Otabil is our member. It is erroneous and unfortunate.”

Yamoah Ponkoh, however, insists Pastor Otabil is a strong NPP member whose remarks seek to only incite the people of Ghana against the ruling party.

He called on Ghanaians to take the pastor’s remarks ‘with a pinch of salt’.
Source: adomonline.com 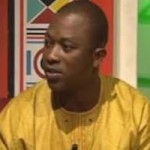