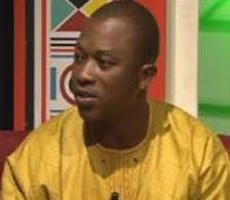 Chairman of the Parliamentary Select Committee on Road and Transport, Theophilus Tetteh-Chaie, says some people must be punished for the accident that claimed 63 passengers and injured 25 passengers on Kintampo-Tamale road.

According to him, the circumstances under which the accident occurred shows that some people failed to do their job of ensuring safety of the passengers.

Some of the injured survivors are currently receiving treatment at various hospitals across the country.

The accident occurred when the Bolgatanga-bound Metro bus from Kumasi rammed into an oncoming cargo truck at Kintampo.

A survivor of the accident told police the bus developed faulty brakes during the journey but the bus conductor failed to resolve it.

Management of Metro Mass Transit Bus says it has started internal investigations into the gory accident.

The National Road Safety Commission (NRSC) has also said it will soon commission a committee to investigate circumstances surrounding the Kintampo carnage.

Tetteh Chaie says heads must rolls if the report by the various stakeholders shows negligence of any sort.

He revealed the Transport Committee is yet to meet the management of the Metro Mass Transit (MMT) Company Limited and its stakeholders to explain the circumstances surrounding the accident.