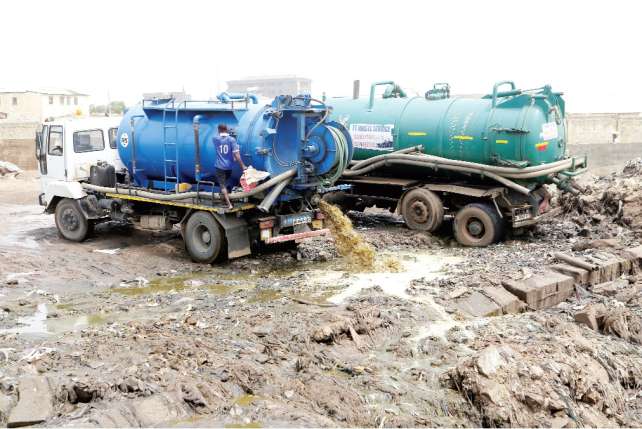 The lavender hill where raw fecal waste is dumped into the sea in Accra by between 200 and 240 cesspit emptiers daily has gained notoriety worldwide for the unhygienic dumping of liquid waste.

The Mudor faecal treatment plant was constructed at a cost of $35 million project which is a partnership between Zoomlion and the government of Ghana.

Speaking at the inauguration, President Mahama urged Ghanaians to change their attitudes towards waste management.
The biogas which comprises of methane, carbon dioxide and hydrogen sulphide would be extracted from the Upflow Anaerobic Sludge Blanket (UASB) treatment process, after which it would be cleaned for methane to generate electricity mainly to run the plant but would give out any surplus to the national grid.
play

The gas will be cleaned in the three off-white desulphurisation tanks and the expected volume of gas to be generated is about 7,000m of gas which is expected to produce between 400kw to 500kw of electricity in the long term.

With the commencement of operation of the facility, the dumping of faecal waste into the ocean is expected to be halted.