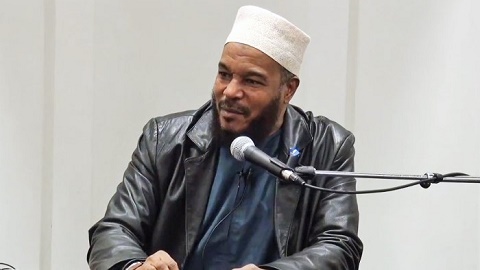 The National Security Secretariat moved to calm nerves on Monday after reports emerged in a section of the media that an Islamic scholar with alleged terrorism links had been preaching in the country.

Reports that Ghana is hosting Dr Abu Ameenah Bilal Philips, who has been banned from entering several countries, including the UK, US and Kenya, provoked a firestorm of controversy and consternation among some Ghanaians.

On social media, news of Dr Philips arrival in Ghana drew condemnation from some users, who expressed fear that the Canadian citizen could incite Ghanaian Muslims to violence.

But in an interview with GraphicOnline, the National Security Coordinator, Yaw Donkor, called for calm, stressing that Dr Philips did not pose any threat to Ghanaians.

Mr Donkor said those raising red flags were only doing so on the basis of the man’s history, adding: “There is no cause for alarm.”

He said his outfit had evaluated Dr Philip’s background and had determined that there was no basis to decline his request for a visa.

Emphasising that the public outcry that has trailed Dr Philips’ arrival in Ghana was unwarranted, Mr Donkor said the Islamic preacher was being surveilled by security agents, and had, so far, not said anything inflammatory or engaged in any diabolical activity in Ghana.

“So, as far as I’m concerned, since he entered this country, he hasn’t said anything that requires me to take any action against him,” he said.

According to the National Security Coordinator, since Christian preachers had been allowed to visit Ghana and speak freely, it would have been unfair and dangerous to have prevented Dr Philips from doing same.

“We should be careful. He is not here on his own. Thirty per cent of this country are listening to him or they think he came because of them. If you have no reason to throw him out, you are going to create a problem by your own action. So we should watch it that way,” he said.

Controversy
Dr Philip’s books and teachings have been controversial, with countries like the UK accusing him of “condoning suicide bombings” and ‘rape”.

Dr Philips was named by the US government as an unindicted co-conspirator in the 1993 World Trade Centre bombing.

In 2007, he was banned from entering Australia on the advice of national security agencies.

In 2010 he was banned from entering the UK by home secretary Theresa May for holding “extremist views”.

In April 2011, Dr Philips was banned from re-entering Germany as persona non grata.
In 2012, he was banned from entering Kenya over possible terror links.
In June 2014, the Bangladeshi intelligence service ordered Dr Phillips, who had gone to the country to give lectures, to leave the country.

In September 2014, Philips was arrested in the Philippines for “inciting and recruiting people to conduct terrorist activities”.

Dr Philips has, however, denied either having connections to terrorists or inciting people to terrorism.

In a letter he wrote while in detention in the Philippines and published on muslimmatters.org, he accused the Western countries, especially the US, of demonising him and portraying him as evil.

The preacher said in all the countries where he had been banned, including the US, no evidence had been produced to prove that he was linked to terrorists or that he promoted terrorism.

He said his messages, which he described as peaceful, rather sought to eliminate extremist ideas among Muslims.