The Member of Parliament for Assin Central, Kennedy Agyapong, will be facing the prospects of spending some years in jail as a result of the decision of a radio presenter to drag him to court for holding dual citizenship.

Mugabe Maase, host of Muntie FM?s afternoon programme, ?Pampaso? says he is heading to court this week to challenge the eligibility of Kennedy Agyapong to be an MP in Ghana.
The constitution of Ghana bars a person with dual nationality from becoming a member of Ghana?s parliament. A person with dual nationality who wishes to be a member of the august House would first have to renounce the other citizenship.

Mugabe Maase told the ?Daily Post? over the weekend that Kennedy Agyapong holds dual citizenship; he is a Ghanaian and also a citizen of the United Kingdom (UK). If true, it means Kennedy Agyapong is not qualified to contest in parliamentary elections until he renounces his UK citizenship

Expatiating on his allegation, Mugabe Maase said in spite of the constitutional provision that a person with dual citizenship cannot contest to be an MP in Ghana unless he renounces his citizenship of a second country, Kennedy Agyapong, without renouncing his UK citizenship went ahead in 2000 to contest in parliamentary elections to be an MP in Ghana. He subsequently became the MP for the then Assin North constituency in 2000 and for the past fifteen years has been illegally occupying a seat in the legislature after winning subsequent elections in his constituency.

According to the radio presenter, in 2009 when the NDC returned to power, Kennedy Agyapong travelled to London and went to the Ghana High Commission where he pleaded with the officer in charge of passports and immigration to assist him renounce his UK citizenship. However, in spite of the huge sums of money he offered the official, his request was turned down. Till date therefore, Kennedy Agyapong holds a UK passport, which means he is a citizen of the UK which bars him from being a Member of Ghana?s parliament.http://ghanapoliticsonline.com

?My lawyers should be winding up the paper work early this week to enable me file my suit in court against him. He must face the full rigours of the law for his criminal conduct?, Mugabe told this paper. 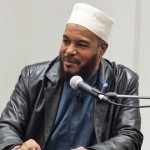