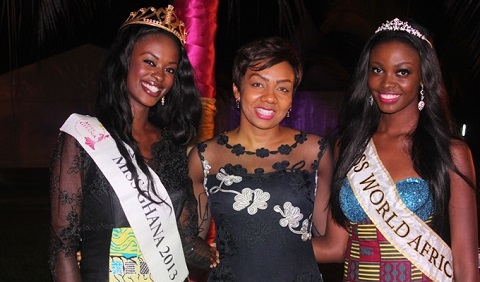 The second runner-up for 2015 Miss Ghana, Rebecca Asamoah has commented on allegations by two former beauty queens that organisers of the show pimp winners to big men in the society.

Miss Asamoah has told Prince Tsegah on Hitz FM in Accra that Inna Patty nor any official of Exclusive Event, the organisers of Miss Ghana introduced her into any illicit act to help her raise money for her projects when serving the organisation. According to Dentist, she cannot fathom why winner for the 2015 edition, Antoinette Delali Kemavor has accused organisers of the event of introducing her to big men in the society.

She explained on the Multimedia Group-owned radio station that Delali was her driver for the first five months of their reign because she, Rebecca did not know how to drive. The current Miss United Nation added that Delali drove her around town to seek sponsorship for her projects so it comes as a surprise to hear the same person accuse organisers of pimping them.

Anytime we visited a company, we presented our proposal to them and if it fell inline with their project, they come on board. Honestly, I was not pimped to anybody. I just did my part to support her (Delali) as a queen. With all what they are saying, I never had that experience with Inna Patty” Rebecca stated.

Rebecca Asamoah later expressed shock over Delali’s comment during her allegation against the beauty pageant that she does not know how her runner-ups raised their funds.

“I am even shocked. For her to say she can only imagine how I raised my funds when she was the one driving me each day for almost five months is a surprise to me. I want to make it clear to people that when they are listening to such accusations, they should not just jump into conclusions because some of the hardwork and grace of God that has pushed us to where we are now.

I left Miss Ghana when my time was up”. she added. 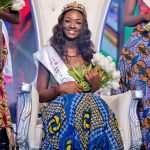