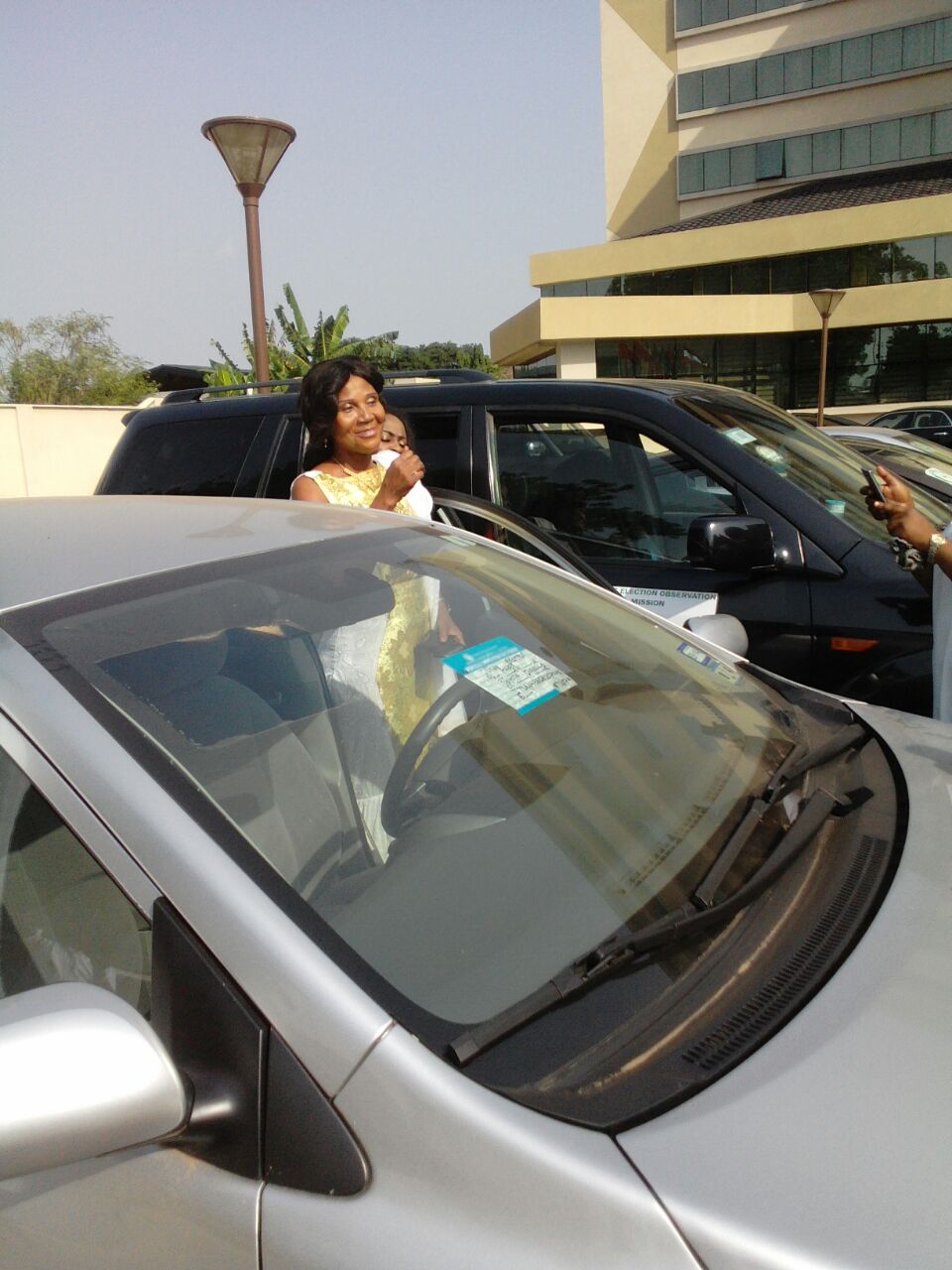 This single act from the award winning gospel musician Gifty Osei has become a talk of town to which many Ghanaians and fans have taken to social media to congratulate her for glorifying her mum at her age and demonstrating to the world that mothers indeed need to be celebrated.

Gifty Osei’s mother is a Kumawood star and also an Evangelist of God , She is affectionately called Agnes Annan but popularly known in showbiz as Agaga aka Chicago Lady, alias Maame Fante.

On her birthday last week on the 8th of December 2016 inside Alisa Hotel in Accra, she organized a lunch party with her Empress Ministry just to celebrate and surprise her mum on such a special day.

After the lunch, the Empress Ministry led Chicago Lady to the forecourt of Alisa Hotel in the name of giving her a Present in a form of a portrait of her. Among that present was a cover of a spectacle in which a car key was kept and after presenting the gift to her, she was told to put on her new spectacle for some photo shoots just to her surprised, was a car key in the spectacle case.
Evangelist Agness Annan aka Agaga upon seeing the car keys got confused until she was told to use the key to open to the car beside her since that was the real birthday surprise gift giving to her by her daughter Empress Gifty Osei. She was thrilled, speechless and started tearing.

The atmosphere was so emotional and everybody was astonished seeing her shed tears and pouring blessings upon blessings on the life of her daughter. You could see the joy and fulfilment of motherhood there. It was an amazing site to witness.