The Institute of Energy Security has hinted of fuel prices going up by 5%.
According to IES Principal Research Analyst, Richmond Rockson, the increase is as a result of “upward adjustments of Brent crude oil price as well as prices of finished products on the international market, the depreciation of the Ghana Cedi and stock levels in-country”.
He said the increase can be mitigated by healthy competition for market share, adding that unless the unfair price hikes in the last review drives Oil Marketing Companies (OMCs) to keep prices the same as previous pricing windows, the increases will be inevitable.

Explaining the performance of the market after the first pricing window, which ended on August 15, 2017, IES stated that the local fuel market recorded upward adjustments in prices at the pump as anticipated in the previous review.

This was largely attributed to the introduction of the long-awaited new fuel standards announced by the National Petroleum Authority (NPA) in May 2017, which finally took effect on August 1.
IES said it can confirm that 50ppm fuels are being sold by a number of OMCs, as the regulator enforces the new directive.
Gasoline (Petrol) and Gasoil (Diesel) recorded an average price change of 4.48%, with the average prices of Gasoline and Gasoil going for Ghs3.96 per litre and Ghs3.94 per litre respectively.

As of August 15, 2017, IES Market-scan indicated that Lucky Oil, Compass Oleum, Frimps Oil, Puma Energy and Sky Petroleum are selling the lowest priced fuel at the pump.
Figures from the international fuel market show that Brent crude price continues to rise. From a previous average price of $49.38 per barrel to a current average of $52.19 per barrel, a price change of 5.67% is recorded.
This is as a result of OPEC’s curbing of supply to drive prices upwards, and U.S. inventory falling.
According to Standard and Poor’s Platts, Gasoline and Gasoil prices shot up again for the period under review.
Gasoline recorded an upward change of 6.08% from $519.50 per metric tonne, while Gasoil recorded a change of 7.17%, moving to $484.88 per metric tonne from a previous of $452.45 per metric tonne.
Figures from the banking sector compiled by our Economic Desk of IES suggest the US Dollar strengthened further against the Ghana Cedi, as the local currency depreciated marginally by 0.5% to close atGhs4.41, from a previous average of Ghs4.39.
The combined stock of Gasoline and Gasoil in the country has increased slightly from the previous quantity of 189 million litres. 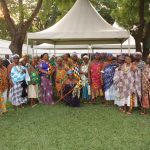