Ghana’s Vice President Mahamudu Bawumia will today August 19, lead a government delegation to Sierra Leone to donate items worth $1m to victims of the mudslide disaster.
A statement from the Information Ministry said relief items include food, medicines, clothes and logistics for temporary shelters. The move comes five days after a tragedy left the nation in mourning when rains on Monday triggered flooding and mudslide.

Other West African countries have been sending relief items to the struggling nation after its President, Ernest Bai Koroma made a desperate call for help.
Togolese President, Faure Gnassingbe and Chairperson of the Economic Community of West African States (ECOWAS) donated $500,000 to President Koroma during his visit to the country on Thursday.
Senegal has donated $100,000. The biggest donor in terms of cash has been China, offering a million dollars for disaster relief, including aid workers to offer medical help to injured victims.
The West Africa Health Organization, WAHO, the Health Institution of the regional bloc ECOWAS, is donating a sum of 300,000 dollars to the government of Sierra Leone.
With some 400 bodies recovered from the mudslides and flood that devastated Sierra Leone’s capital, Freetown, some of the dead are being buried in mass graves.

The coordinator for the burial team, Mohamed Kamara, said that 320 people were buried on Tuesday afternoon in two graves in a cemetery in Waterloo, on the outskirts of Freetown. 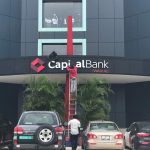 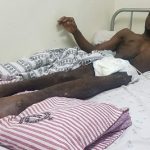