Information reaching Joy News indicates that scores of Togolese are attempting to cross over to Ghana as moves to end the reign of the Eyadema dynasty heightens.

Joy News’ Ivy Setordzi who is in the West African country has reported that residents who are uncertain about their safety are leaving the country.
She said many shops have closed, streets are empty and most taxis and other public and private vehicle owners have parked their vehicles out of fear.

Also, many people except government workers have refused to go to work.
Ivy said many of the people who are fleeing, are doing so under the guise of attending church conventions.

She added that a group of about 10-12 people who claimed to be coming to Ghana for a church programme were returned by immigration officers who thought their movement was suspicious.

According to Ivy, Immigration Officers on the Ghana side of the border are on high alert and security has been beefed up at the border.

A journalist with Lome-based Second Television, Roger Lovenou told Joy News in an earlier interview that civil servants had to report to work due to threats by the government to slash their salaries.

He said “if you are a private worker or you own your own business, you don’t have a problem. But, those who are working in the civil service, the government says ‘if you don’t go to work, you will not be paid.”

About seven people died when thousands hit the streets in protest over the never ending rule of the Gnassingbe family.

The protesters want a restoration of the 1992 Constitution which prescribes a tenure of office of a sitting president. If restored, the rule by Faure Gnassingbe will at least be limited.

In what opposition elements have described as a rule by a dynasty, the Gnassingbe family has had 50 years controlling the spoils of power.

Gnassingbe Eyadema, who ruled for 38 years, died on the throne in 2005 and his son Faure took over and has since been in power.

The opposition, the Pan African National Party (PNP), wants this to end. 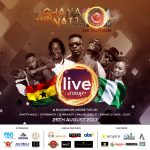