Dear readers, I believe you have resolved to be lifted up spiritually this year. If anyone tells you that having a breakthrough is easy, then he or she isn’t telling  the truth.

I imagine that we have prayed and we continue to pray.  The good news is that this year  promises to be a season of harvest.

How do I know? Respectable men of God have made prophetic pronouncements in this regard .    More importantly,    amazing testimonies  have manifested , some of which I intend to share with you.

May I state loud and clear that      this column is not to promote any particular place of worship but    to      lift up our faith and assure us that God    is able to meet all our needs.

However, I can only share with you the information at my disposal.

This week, I had planned to write about women with troubled homes, but, somehow, God changed the topic with these great testimonies and I believe it is for a purpose.

I received a piece of good news from a professional colleague who told me that her sister had given birth to a set of triplets after seven years of waiting. Though I got no further information as to where and how the babies were born, I was still      thankful to the Almighty God for this big miracle.

As if that wasn’t enough, Pastor Gbenga Oso of Laughter Foundation  Cathedral broke the news of a set of triplets born to    a couple, Lanre and Funmi, after about eight  years of waiting, at the watch    night service of December 31,2015.

Funmi, resident in London, read online a book, titled, “ None shall be barren”, written by Abiodun Ojudun, who    became a mother of a set of triplets and a set of twins after 18 years of waiting.

I have shared Biodun’s tesitimony in this column  However, her name wasn’t mentioned.

Through her, Funmi    came to Laughter Foundation Cathedral.

I was one of those Biodun invited to counsel her and we did. We urged her to trust in the Lord, assuring that God that gave us    breakthroughs will surprise her.

Before I go into the full story as told by Pastor Gbenga Oso, I will tell you one of the unusual things she did.

Biodun told me  she took Funmi to orphanages to make donations.

This is the point I  made in previous columns. Giving    to orphanages is a    short cut to a long awaited miracle especially if it is about child-bearing.    It could be done also to meet other challenges.    Don’t forget the holy Bible is clear that the merciful shall receive mercy.    Giving or seed sowing is a    quick way to a miracle but, of course, we must strive to live    holy.

Funmi ( I decided to mention her name so that    other people can use her    as a point of contact while praying), according to Pastor Oso, had      seven IVFs    in Britain and Czech    Republic.

Again, you will recall that I once mentioned    in this column that IVF is possible in Eastern Europe regardless of your age. This is unlike  the West where you may not be allowed IVF once you are      40 years.

Let’s also imagine how much would have been spent by the couple (on IVF) without the desired result.    Even in Nigeria, IVF costs about    a million Naira.

Again, it has been mentioned in this column that IVF will fail where forces of darkness are at work.    Medical science has no solution to    negative spiritual forces.

In the case of Funmi, each time an IVF seemed successful, she would always have a particular bad dream    after which the pregnancy would be aborted. So, you can imagine the agony of a woman who had never carried a pregnancy to term.

The light of God

Her challenge led her and her husband to Laughter Foundation Cathedral where she became a regular worshipper.      Then our God rose, and suddenly she became pregnant.      After a scan in a reputable diagnostic center in Lagos, it was confirmed she was carrying a set of triplets.  Naturally, the joy of the couple knew no bounds.    Yet, secretly she was afraid      of the evil dream that usually terminate her pregnancy.

She was so overwhelmed by fear      that, several days, she opted    not to sleep but to sit up all night.    That    is to say the least traumatic for a pregnant woman.

As God would have it, Pastor Oso called her and she told him she had decided not to sleep      to avoid the influence of the forces of darkness.  Of course he knew that was dangerous for her and the fetus.

According to the pastor, he asked the Holy Spirit what  to do and he was told.

Though  unusual, but because she was carrying an unusual pregnancy, he went to her house to pray for her.

This prayer was also an unusual prayer.

According to him, God told him to read a particular Psalm  to her . The lady sat facing him, while the husband sat by the side.    This Psalm was read her 70 times and a declaration was made about the safety of the babies .

The light of God overpowered the forces of darkness instantly.

His words, “ She never had the dream again”. Hence she carried the babies to term.

On the day of delivery, the hospital abroad could not get to work the number of doctors required to deliver the babies.    So,delivery was to be postponed but again God intervened.

The couple called the pastor in Nigeria  and intercessory prayers was said for them. Suddenly,  the doctors, who had been on vacation, all showed up and the babies, two boys and a girl, were delivered on December 28,2015.

I had the      opportunity of speaking    to the new mother last week and    the voice was that of a joyful mother.

Have you lost hope?

You don’t need to lose hope. Just be more determined. Cry not unto human beings but unto God.   Again, I suggest that you do something unusual. Apart from giving to orphanages, you can also make a significant contribution to your children’s’ church even though you don’t have one baby yet.

You can also buy baby clothes and begin to speak into it. Read into it Genesis 1 verse 28: “ And God blessed them    and God said unto them, Be fruitful and multiply”. Then you may place your hand on your belly and speak to it to produce your children.    This is not a one off thing.  This must be done repeatedly. You may even fast or ask your pastor to pray along with you.

Women, if your husbands are not  cooperating, please don’t pick up a quarrel; just go on with your prayers.

For those who want multiple babies, you can add Genesis 25 vs 24: “ And when her days to be delivered were fulfilled, behold there were twins in her womb”. Declare that you are a mother of twins.

We have had several testimonies from women who did this and, by the grace of the Almighty God, his light will overshadow every    influence of the forces of darkness in your life, in your marriage, in your business, etc.

Get ready for your season of harvest      in Jesus name. 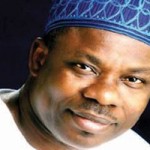