Some Members of Parliament have expressed concerns that they might be living extremely difficult lives when they leave parliament if the retirement package for lawmakers in the country is not reviewed.
The MPs who are on a GHC7,200 salary feel they will be worse off when their parliamentary service comes to an end with Parliament set to rise on Thursday.

The MPs raised these concerns on the floor of the house, after tributes were read in memory of the late MP for Hohoe North, Prince Jacob Hayibor.
The NDC MP for Central Tongu Constituency in the Volta Region, Joe Giddisu who will spend his last day in parliament Thursday said: “the rate of exit from this world by colleagues who have passed out of the house is quite alarming; and I want to equally associate myself on calling for a very serious attention to be given to whatever support that could be given to members of the house by way of pension or any other arrangement to be of assistance to MPs when they are outside this house.”
Twenty one New Patriotic Party (NPP) MPs are not coming back to parliament after losing their party primaries last June.

On the Majority side, more than 16 incumbent National Democratic Congress (NDC) MPs also lost their primaries in November 2015.
In April 2016, a Zonal Consultative forum held in Kumasi on emoluments and salaries of article 71 public office holders, recommended that a provident fund be set up to allow Members of Parliament (MPs) cede part of their monthly salaries to serve as their ex-gratia when they exit Parliament.
A five-member Presidential Committee on Emoluments appointed by President John Dramani Mahama is organizing the broad consultative meetings across the country to solicit public views about the move.
Government in 2013, released about GH¢200,000 to be paid to former Members of Parliament who served in the fifth parliament of the fourth republic as ex-gratia. 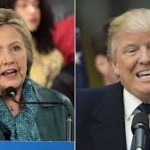