Asante Youth Association (AYA) has expressed disappointment in Akyem Abuakwahene Osagyefo Amotia Ofori Panyin for what they described as “display of gross disrespect” towards Asantes.

At a press conference held in Manhyia palace in Kumasi recently, National Secretary of AYA, Barima Tweneboa Kodua, stated that Asante youth thought that the deafening silence of Ofori Panyin over the recent attack on the delegation of Asantehene, Otumfuo Osei Tutu II at Abuakwa by bodyguards of Akyenhene showed that he backed the actions of his bodyguards.

In an unnecessary confrontation, the defaulter; bodyguards of Akyem Abuakwahene, visibly assaulted the delegation of his royal majesty at the final funeral rites of the late New Patriotic Party (NPP) Member of Parliament (MP) for Abuakwa North constituency in the Eastern region, Mr. Joseph Boakye (J.B.) Danquah-Adu.

However, this inhumane action by the bodyguards of Akyem Abuakwahene did not go down well with the youth of Ashanti region, which development compelled the visibly aggrieved youth to hit hard at Okyehene and his bodyguards calling on them render unqualified apology else they would incur their wrath.

Mr. Kodua noted that Otumfuo Osei Tutu II in his wisdom delegated power to Asamponhene (Oheneba Kwadwo Fodjuor) saying that in accompaniment was an entourage to represent him at the final funeral rites of the late MP for Abuakwa North.

That in effect, according to him, makes Asamponhene Oheneba Kwadwo Fordjour, the Otumfuo at the said event as far as custom and tradition are concerned and as such any action he undertakes represents Otumfuo Osei Tutu II.

Mr. Kodua pointed out that common sense simply teaches everyone this simple extrapolation.

“Again by custom the Akyem-Abuakwahene Amotia Ofori Panin should be seated before the representative of Otumfuo, Asamponhene (Oheneba Kwadwo Fordjour).

This, tradition and custom demands! “…we find it extremely worrying that some strange weapons were thrown at the entourage, specifically, Asafohene as well as chief of Nyameani resulting in a cut at the back of his ear,” Mr. Koadu asserted.
http://ghanapoliticsonline.com
According to him, this occurrence if one can recall happens to be the second time in few years aside from some minor unruly and rude manifestations on the part of this same Chief (Akyem Abuakwahene) and his subjects, the former occurring at Amanokrom.

Making it as short as possible, the youth of Asante authoritatively warned the chief that he risks his subjects and him as a chief of Abuakwa.http://ghanapoliticsonline.com

He stressed that one should not lose the fact that Asante speaks with authority and if there’s a law that no animal should not hunt the other, that does not mean one animal can use one’s mouth as a playing ground.

“Hence, the possibility to declare him (Akyem-Abuakwahene, Amotia Ofori Panyin), persona non grata for such display of gross wantonness and impudence. 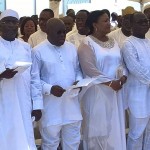