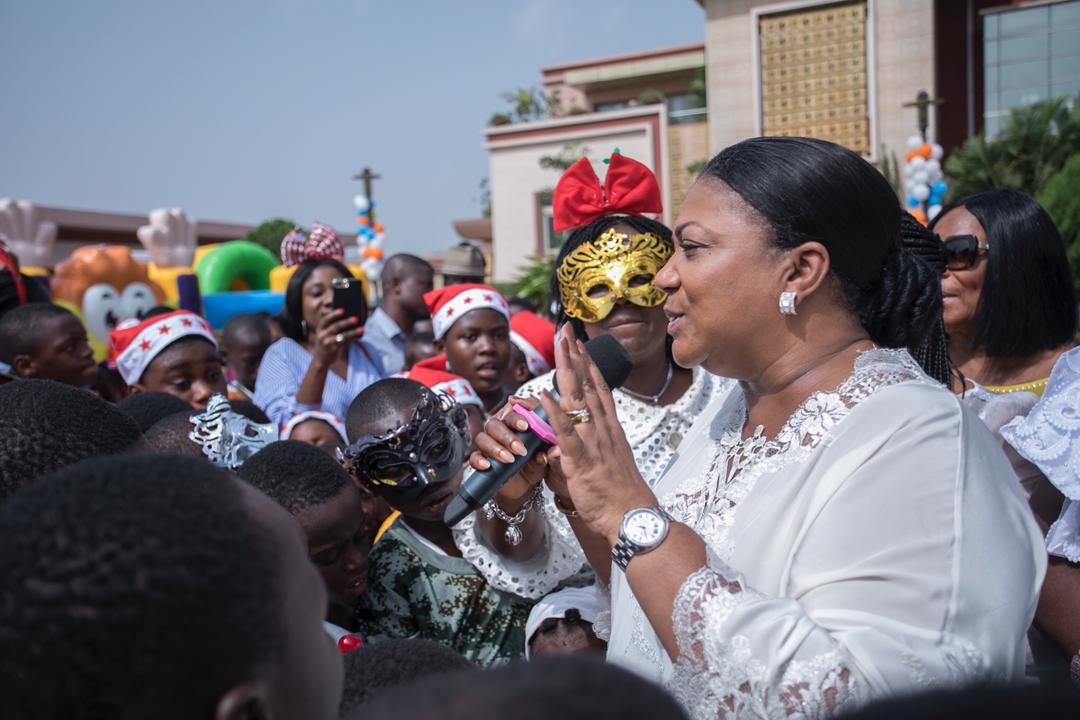 MADAM FIRST LADY, HELP QUARANTINE JEAN MENSAH BEFORE SHE UNLEASHES HER COVID-19 ON US

I write this letter on behalf of majority of Ghanaians including women and children in Ghana, who are living in fear and and anxiety resulting from activities of our electoral commission and the uncertainty it has generated about the future. Ghanaians are in dire need of a compassionate first lady; one who is willing and able to put aside personal and husband’s ambition and fame to genuinely contribute to their struggle for peace, unity and socioeconomic change in our country at this crucial period.

Madam First lady, your husband appears to be at the mercy of those who would see no evil, hear no evil and speak no evil. Yet evil exist now.

Madam, I am writing to you in your capacity as the first lady of this great nation and also, because of the critical role you play in your husband’s government. History has taught us that political players spouses are potential sources of national stability or instability. First ladies can be sources of wise counsel to their husbands, but can equally be destructive.I have been following your health education programmes and adverts and the humanitarian work of your foundation and must commend you for your efforts. However, as you embark on these humanitarian activities, your husband and the state captured institutions are aggressively working against the peace and stability we enjoying in the country.

Madam, Jean Mensah’s stubbornness and refusal to listen to advice coming from political players and civil society organizations can plunge this beautiful country into chaos. Elections under your husband’s tenure has increasingly become a do-or-die situation with the incumbent using all means including unfair tactics to retain power.

The urge to win at all cost and the huge democratic governance deficits currently on display is worrying, and problematic. Outside the country, badly conducted elections led to wars in Sierra Leone, Liberia and Cote D’ivoire. On the other hand, it was a reasonably free and fair election conducted by Madam Charlotte Osei, and a patriotic decision by former President Mahama to respect the outcome that prevented unimaginable crisis in 2016 and brought your husband to office.

It is very unsettling that the current Electoral Commission, headed by Jean Mensah and the state captured institutions have so far not given Ghanaians enough grounds to trust them to build on the gains of 2016. Rather, Jean Mensah and top officials of these state captured institutions have been seen as being openly attached to the political interest of your husband. The coronavirus pandemic has created serious anxiety in the system and for the first time in many years, all the political organizations and their supporters have come together to fight this deadly disease. Your husband has announced few measures to combat the spread of the disease. The former President, and NDC’s Presidential candidate, Mr John Mahama and his party have joined the anti Covid-19 fight. Social distancing, was one of the measures your husband announced.Social distancing is very important for slowing or stopping the spread of infections, especially for those who are at higher risk of catching coronavirus. High-risk people include the elderly and those with compromised immune systems or other underlying health problems. By distancing themselves from the public, these high-risk individuals are able to protect themselves from being exposed to the virus, which can be deadly for them. Let me use this opportunity to salute you for your HIV AIDs campaign. People living HIV are among the high risk individuals. With all these complications and deficits, Jean Mensah is so determined to embark on the registration exercise. Why this unwise and arbitrary decisions? The perception out there is that your husband is the authority behind Jean’s behaviour.

Madam, it is not as if there is no dissenting opinion within the EC. Some of the commissioners have advised the EC boss to reconsider her tough stance, but there were disregarded since Jean and Bossman have decided to go ahead with the so called compilation of a new register. Institutional subversion has been the big story of the last three years. Whether it is educational institutions, security institutions etc, ideological apparatchiks and family members and in-laws of your husband have been placed in strategic and influential positions, severely affecting their independence.

Madam, elections in Ghana are a matter of pride. Barring a small interregnum, they were held regularly and successfully. There were complaints about many things, but overall, the entire apparatus moved smoothly. The voter believed in the electoral process and participated enthusiastically. A large part of this success in the past was due to the electoral commission, which efficiently and effectively protected its independence.

Madam, your husband was in the forefront, along with human right activists, politicians and Ghanaians who were opposed to the PNDC administration, vehemently protesting what they described as excesses of the regime. He and his colleagues compiled information about excesses of the administration and submitted them to human right organizations across the globe and lodged numerous complaints with the UN about the scale of violation of human rights under the administration. What has changed Madam? The man who championed the cause of the victims of human rights violations and succeeded in garnering the attention of the international community, has today gone to Parliament to seek for extra powers to suffocate his political opponents and to enable him create fear during elections. Innocent Ghanaians were brutally assaulted by hoodlums recruited into our security institutions by your husband. I wonder, were you not concerned about the activities of your husband and fearful of his safety? Did you make any attempts to stop him? There is a lesson to be learnt here..the curse of the victims cannot be washed out, even with several pots of milk. Today, under your husband who preached divine human right sermons under our military administrations, armed gangs carrying out the orders of high government officials, have maimed and harassed journalists, civil society activists and attacked media organizations.

Madam, there are wives who face the wrath of the nation because of the tyrannical acts of their husbands. Similarly, there are wives who in helping their husbands reform into just rulers, have received the blessing of nation. Honourable first lady, I pray that you would help curb the danger Jean Mensah and your husband want to unleash on Ghanaians especially, our women and children.

Betty Bloomer, wife of President Ford, frequently said that she had a special responsibility to be candid and honest. At her first press conference, held on 4 September 1974, she admitted that she sometimes disagreed with her husband on important issues. Both Gerald and Betty Ford spoke of her influence in his administration. Much of Betty’s popularity resulted from her candor in dealing with sensitive national issues and personal problems. He talked openly about his son’s use of marijuana, her teenage daughter’s sex life and her own use of tranquilizers. At this crucial period of the nation’s life, we expect you to exhibit same traits to help protect our democracy.

Madam, Nana Konadu Agyemang, played her played her part as first lady of the land, Madam Theresa Kufour showed maturity throughout her husband’s eight years, Madam Naadu gave Prof the support he needed and made sure the great man remained what he was, Lordina Mahama, your immediate predecessor, was fantastically superb. She made the office attractive and played her role as mother of the nation with dexterity. You’ve shown maturity so far and deserve commendation. Kindly advise your husband to abandon his “win at all cost” agenda and allow our institutions of state to enjoy their independence.

Call Jean Mensah to order madam. Countries with first class health facilities have even abandoned major state events, major football leagues have been suspended, states are being locked down, economies are going through terrible times, major sports competitions have been postponed to next year all because of the evil covid-19. But Jean Mensah, in pite of all the bad news, warning signs and advice coming from health organizations and experts, is bent on executing what your husband has assigned her to do. She is more interested in her personal gains than the health and safety of Ghanaians.

Madam, badly conducted elections is a recipe for war. Let’s give our democratic pillars the support they need. 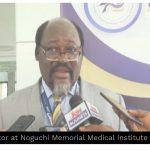