The National Identification System (NIS) will be re-launched on September 15, 2017.

Consequently, the National Identification Authority (NIA) is engaging key stakeholders to brief them on the status of the authority, seek concerns of stakeholders and solicit support for the exercise.

This disclosure is contained in an invitation letter inviting journalists to attend a press soiree at 4:30pm today as part of the stakeholder consultations and signed by Prince Martin Peprah, Director of Human Resource at NIA.

The national identification exercise, which started in 2008, experienced some interruptions and came to a halt in 2014.

However, the letter explained that the authority has thoroughly reviewed the challenges encountered in the past and has put appropriate measures in place to avoid such occurrences and ensure that the programme achieves optimum success.

The NIA said the system is designed to facilitate data sharing among user agencies, and the smartcard has tactile impression features. 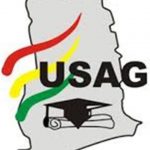