It is sometimes baffling why the N.P.P has performed very low in typical Ga-Dangbe communities. The story in the Dangbe areas has been that of a party that has consistently struggled to stay relevant.

Since the 1996 elections the N.P.P has never won a single seat in all the Dangbe areas. Dangbe constituencies such as Ada, Ningo-Prampram, Shai-Osudoku, Yilo-Krobo, Manya-Krobo has proved too slippery for the N.P.P with disastrous results being recorded in some of these constituencies. The story from the Ga areas in the Greater Accra has been a bit fair but not better. Apart from the year 2000 when President Kuffour swept all coastal seats in Accra, the elections since then have still proven that the N.P.P needs to do a lot of work in the Ga-Dangbe areas. Out of 8 seats lying in typical Ga coastal areas the NPP has only two being Tema East and Tema West. The rest of the seats comprising Krowor, Ledzokuku, La, Klottey-Korley, Odododiodio and Ablekuma South is currently occupied by the N.D.C. Similar areas in the Dangbe coastal enclave like Ningo Prampram, Ada, Sege and Shai Osudoku are also occupied by the N.D.C. This means that out of 13 constituencies laying in the coastal belt of Ga-Dangbe areas the N.P.P has only two representing just 18% of total seats in typical Ga-Dangbe enclaves.

This is neither encouraging nor acceptable.
Why has the N.P.P not been able to get the votes in the typical Ga-Dangbe communities? Despite the overwhelming favor that the N.P.P has extended to the Ga-Dangbe communities and people, why has Ga-Dangbe not rewarded the N.P.P with the needed votes when it mattered most?? The answers lies in key areas that I want to briefly enumerate.

1. Trust is one key area that has turned most Ga-Dangbe communities against the N.P.P. For very strange reasons most Ga-Dangbes are wary of the N.P.P and sees the party as a threat to their survival. The upbringing of Ga-Dangbes is replete with storytelling of how the U.P Tradition persecuted Kwame Nkrumah and killed most if his lieutenants who were Gas. Ga-Dangbes are told how Busia tried to take the capital out of Accra to Kumasi and ensure that Ga-Dangbes are swallowed by the sea. Since the N.P.P is identified with the UP tradition, the wrong perception against the U.P tradition has extended to the N.P.P with the party attracting low patronage in Ga-Dangbe communities. This mistrust has continued to this very day.

3. Akan party: The popular refrain in the whole of Ghana is that the N.P.P is an Akan party with a strong presence of Ashanti-Akyem. Every Ga-Dangbe person growing up has been taught to be wary of Ashantis. It may not be noticeable but typical Ga-Dangbe enclaves have strong mistrust and dislike for Akans especially Ashantis. History is replete with how Ashanti expansionists attempted to colonize Greater Accra and bring Ga-Dangbes under their subjugation. Such stories told Ga-Dangbes by their elders in their youthful years engenders fear and apprehension for anything that has to do with Ashantis. The propaganda is also brought to bear on them that voting for the N.P.P who are dominated by the Ashantis is like inviting them to re-colonize Accra and make Ga-Dangbes subservient to the Akans. It is these unfounded fears that drive most Ga-Dangbe communities to reject the N.P.P

4. The N.P.P has not been able to properly market its Ga-Dangbe personalities in their midst. When Jake Obetsebi Lamptey was President Kuffour’s campaign manager, the Gas responded with massive votes for the N.P.P in Accra because for the first time they saw a Ga person leading the N.P.P campaign team. When another person who wasn’t a Ga led the N.P.P’s campaign in 2004 the N.P.P votes in the Ga areas got reduced. This applies to all the Ga-Dangbe areas.

5. Lack of effective message in the Ga-Dangbe areas has not helped the N.P.P. The Ga-Dangbe people are by nature reserved and not ambitious like their Akan neighbors. Since most of them identify fishing as their profession with some farmers mixed in them, effective campaign message should be to helping them in their profession. Business is not the campaign message for Ga-Dangbes. Ga-Dangbes are mostly socialist by nature which explains why they have traditionally voted for socialists parties like the C.P.P and the N.D.C. The N.D.C is a dubious socialist party that has used that ideology to swindle Ga-Dangbes. Effective campaign message would be to appealing to their socialist leanings and promising social intervention policies that will ameliorate their plight.

There are so many reasons that can be adduced for lack of Ga-Dangbe support for the N.P.P. We are certain that the research department of the N.P.P has identified those areas and are working towards solving it. It has become even more critical that the solutions to the problems that we have given up there are found quickly before the 2016 elections so that the N.P.P can enjoy massive support among Ga-Dangbes. When the Gas decided to give their votes to the N.P.P in 2000 the party became victorious and we are confident a similar support now will bring victory to Nana Addo.

My next article will focus on why Ga-Damgbes must vote for Nana Addo and massively reject the N.D.C! 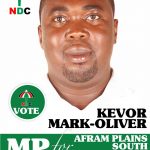 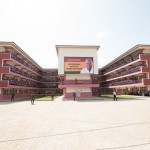