President John Mahama has said his administration has made some tremendous gains which have become the envy of neighbouring African countries.

According to him, it is worrying that some Ghanaians have rather found it difficult to accept and celebrate such achievements.

“Some of our African neighbours wish they were us. So many people wish they were Ghanaians. On many occasions, I feel very proud to be the president of Ghana because this country is the envy of a lot of our other African countries.

“When I meet my colleague presidents, they say look, you are doing very well in Ghana. But the problem is we don’t believe in ourselves,” John Mahama told a gathering at Anyinam in the Atiwa constituency of the Eastern region.

He promised that he would continue to provide massive infrastructural development if given a second term.

“We are on the road to prosperity, we are not there yet but we are on course to the Promised Land,” the president said.
Mr John Mahama is currently on a 5-day tour of the Eastern region to canvass for votes ahead of the elections. 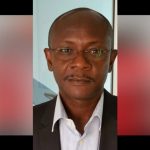 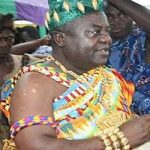