Pollster Ben Ephson has predicted that the National Democratic Congress’ parliamentary candidate for the Klottey Korle constituency Dr. Zanetor Rawlings will have a smooth sail to parliament following the election of Philip Addison as the main opposition’s candidate for the area. Addison polled 396 votes as against his only contender Nii Noi Nortey who came close with 367 votes out of the total valid votes of 763. The rejected ballots were two. Addison, who defended the party’s flagbearer Nana Akufo-Addo during the 2012 election petition hearing, has now fought back to lead the Danquah-Busia-Dombo tradition in the parliamentary race in the constituency come the 2016 elections. He polled a meagre 22 votes in the first poll held August last year as against Nii Noi’s 393. Speaking to Starr News’ Tawakalitu Braimah on the outcome of the polls, Ephson said the NPP will suffer voter apathy in the constituency as result of how events have pan out over the months. “Trust me this victory will make it easier for Zanetor to win and go to parliament come 2017 without any difficulties; provided the NDC are also able to solve their differences. “The situation is such that if the NPP is not careful many of their supporters in the constituency will not come out and vote and it will affect Nana Akufo-Addo in the 2016 election,” he said. Source:Ghana/StarrFMonline.com/103.5FM 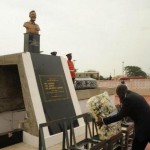 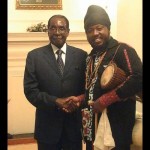