Government has postponed the proposed Christian pilgrimage to Israel to August 12, 2017.

The first batch of pilgrims was expected to leave Accra last Saturday, July 15.

The new date, according to the Deputy Minister of Chieftaincy and Religious Affairs, Mr Paul Essien, was due to some administrative challenges.

Government in June announced plans to organise pilgrimages for Christians to enable them visit holy cities around the world.

The move was met with criticism by sections of the public, who argued that it was an unnecessary use of state resources.

But Mr Essien, in a radio interview with Accra based Citi FM Monday morning explained that government was only facilitating the pilgrimage.

“It is a programme which is being organised by individuals who embark on this trip all the time…It is not the state which is funding everybody. They themselves are funding for their trip and the state is giving them the courtesy to embark on the journey and come back,” he explained. 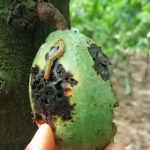