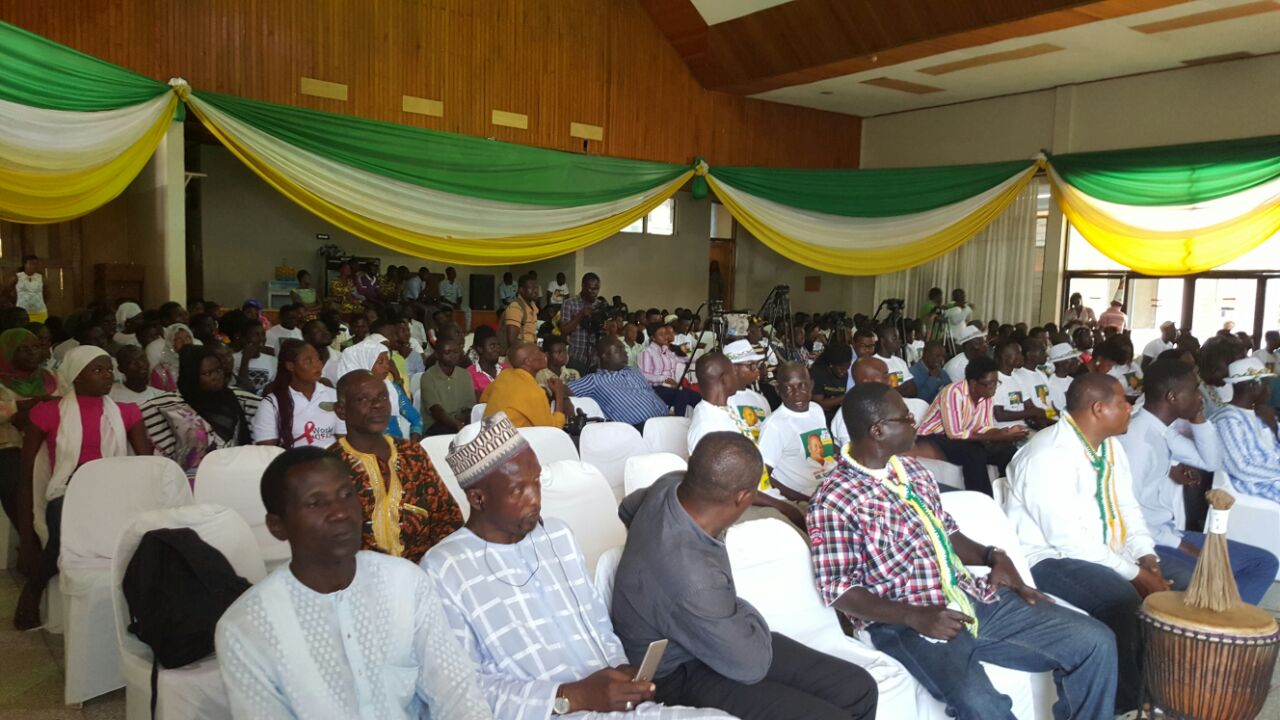 Presidential nominee for the All People’s Congress (APC), Dr Hassan Ayariga, has said he will put an age limit on persons seeking to lead the country should he win this year’s December 7 election.

Addressing party supporters at the launch of the party’s 2016 manifesto in Accra Thursday, he said Ghana needs young and visionary leaders to lead the country and not “grand fathers” but failed to say why

. “Let me borrow my friends words, we don’t need a grandfather to govern this country because we are focused on moving Ghana forward,” he said in support of similar comments by Jacob Osei Yeboah, an independent presidential candidate in the 2012 elections.

Dr Ayariga said his government intends to put in place a legislation regime which will disqualify persons who are above the age of 67 years, saying “so [that] some leaders wouldn’t be able to compete for president at the age of 72?.

Earlier, Mr Yeboah who addressed the APC supporters in what appeared to be a solidarity message described President John Mahama as a father and Nana Akufo-Addo grandfather.

“President Mahama is now a father and Nana Addo is a grandfather so as you can all see, we will be going to these elections with fathers and grandfathers,” Mr Yeboah said.

He added: “I want everyone to know that we the young ones have the vision to carry out the dreams, so the next generation of our country will have a better future”.