I have always maintained my position that,you contributed enormously towards the establishment of the dispensation we enjoying and must leave the mainstream political landscape with your image unbruised. Some of us though do not share in your philosophy or political inclination, have huge respect for you and wished certain negative things did not happen which have somewhat left many disappointed. But I hold the conviction that with God,all things are possible hence my believe that you shall soon realize blunders caused and pray for political mercy.

You were recently invited to talk about the principle of Magma Carta on a BBC programme which was broadcast live across the globe.The right to personal freedom means that no man may be punished, imprisoned, or coerced, except for breach of the law proved in a legal manner before an ordinary court, and this right flows directly from the provisions of Magma Carta,the Petition of Right, 1628,and the Bill of Rights, 1968.As an astute lawyer of your calibre and with your long association with the British legal system, I am very sure you know of the latter enactment,by declaring the court of High Commission, which James 11,had endeavoured to reestablish under the name of the commissioners for Ecclesiastical Caucus, to be illegal, put an end for ever to the attempts of the crown to set up courts where men might be tried in an uncertain and arbitrary manner, and which had proved such a fertile source of tyranny in the case of the then star chamber.

I am bringing your mind on something significant which is,the process used in establishing that confinement which received wide international condemnation including authorities in Ghana.I don’t think it would ever be appropriate to sacrifice your professional ethics for cheap political convenience. Your statement on the Gitmo issue is very unfortunate and shocking considering your professional background. Quoting the Anti- terrorist act to support your position exposed your intent. Who determines what is reasonable? and have you found out from our immigration authorities whether they hold any view or position contrary to that of government?

Nana,my other worry stems from the fact that,as someone who escaped what you suspected to be an attempt on your life and settled in the U.K and used BBC focus on Africa platform as place to unleash your outburst, you should have been the first to empathize with the detainees.Yourself and others masterminded many subversive attacks which was criminal under our laws (decree) then.People lost their lives because of these coup attempts.Most of your friends including your anchorman Freddy Blay were granted political asylum status to stay and work in the U.K.What has changed? is it just word usage or political mischief.

On your consultation issue,the President was right when he made it clear that Presidents Rawlings and Kufour are the best personalities to offer him advice on governance issue. I don’t think it would be appropriate for a serious leader of his calibre to consult somebody who has supervised the disintegration of his party, sacked persons who hold contrary views to his,supervised bloodshed in his party and breeded experts in insults,on serious national issues.Ideologically you come from different dispositions but matured politicians bury ideological inclinations when it comes to deciding on certain sensitive issues.

Let me quote here what a lecturer who teaches at the University of Ghana sent me after listening to your speech and I quote ” He has lost his known fire and command. He seems to be acting on the impulse of the hawks around him.Listen attentively to him and would notice that this is not the Nana we heard him speak in 2008 after his election to lead the party.The danger is that if even he wins the election, the country will be thrown into serious confusion becauae of the deep cracks and desire by all to establish some kind of internal command”

Nana,we still praying to the most high to protect you from falling into the same pit which buried forever the true Danquah legacy, he started well,was an icon, laid the baseline but unreadiness to cooperate with other political players and the attitude of seeing himself as the only suitable Ghanaian to replace the last Governor, destroyed the empire he struggled to establish. 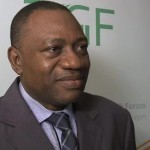