The Minister of Information Mustapha Hamid has revealed plans by government to enhance information dissemination.

The minister, speaking at a press soiree Friday, said information dissemination has become critical hence there was the need for additional government spokesperson to help in communicating government programmes and policies.

In view of that, he said government will appoint communicators who will assist him and his three deputies at the Information Ministry.

He also praised the media for holding the government accountable in its first year in office.

He also announced a weekly media briefings, which would enable government officials to offer better explanations on pressing national issues and ensure a free flow of information on government policies, programmes and activities.

“We have realised that sometimes when an issue crops up or happens even as government spokespersons it takes a few days for us to gather all the facts around the issue.

“So it will be important for us to have the platform every week to bring the issues together in a coherent narrative and give better illumination on them.

“We accept all the criticisms, we’re humans and so we’re not perfect, therefore we’re going to work to address your concerns in order to make communication better and strengthen the governance process,” he said. 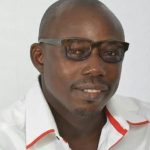 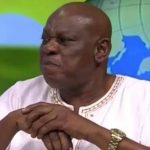