The development is further compounded with the deferment of about 5.4 million litres PMS daily production, as the Nigerian National Petroleum Corporation, NNPC, yesterday, announced the shut down of Port Harcourt and Kaduna refineries. The announcement came four days after the plants were closed.

The NNPC, in a statement by its Group General Manager, Group Public Affairs  Division, Mr. Ohi Alegbe, said the shutdown of the refineries was as a result of crude oil supply challenges arising from the recent attacks on vital crude pipelines by militants in the Niger Delta.

Marketers disclosed that they owe their foreign suppliers in excess of $1.29 billion, even as the marketers were paid only N413 billion in December 2015 for oil subsidies.

According to one of the marketers, who spoke in confidence, “yes, government paid us subsidy, but there is no dollar to buy anywhere. The Letters of Credit, LCs, that have matured since 2014 to 2015 are worth $1.29 billion. We are supposed to use the subsidy paid to us to buy the equivalent of what is due to our foreign suppliers, but the banks say there is no dollar.

“To show you how bad the situation is, one of us has outstanding matured LC of $75 million, but his banks are only able to provide $1.5 million last week. So how many weeks will it take the banks to offset the outstanding sum for him to be able to pay hiss foreign suppliers?

“Remember that what government paid to us was the Naira component of dollar transactions and government is still owes us the outstanding payments on the foreign exchange differentials. This is because when we brought in the products, exchange rate was N165 to $1, but by the time we were paid, it had risen to N197 to $1.

“This is why the foreign suppliers have blacklisted us until we are able to pay off our outstanding debts and back future transactions with dollar cash. Also, government did not pay within 45 days under the terms of our agreements, so they still owe us the interests on delayed payments.”

Consequently, he disclosed that except for a few marketers, mostly the majors, who already have foreign affiliations, all other marketers have abandoned further importation of petrol until government finds a way around access to foreign exchange.

The source further disclosed that in one of the meetings with the Minister of State for Petroleum, the NNPC had promised to provide marketers who were licensed to import products in the first quarter, with dollars to pay for their products, as a way to ease the foreign exchange challenges.

He added that it is uncertain that the promise had been fulfilled, as no products had come in yet.

However, NNPC’s Alegbe, in a test message response denied any knowledge of such a promise to marketers, saying: “NNPC? Dollars? I’m not aware NNPC made such a promise.”

He wondered if perhaps the marketer meant CBN or the Petroleum Products Pricing Regulatory Agency, PPPRA.

Despite assurances by the NNPC, scepticisms are high over the capacity of the Pipelines and Products Marketing Company, PPMC, to meet about 80 per cent of Nigerians daily PMS consumption demand of 40 million.

This is because, according to the marketers, they will be running an average of N7/litre, if they imported products under the PPPRA current PMS pricing template of N86.50/Litre, another reason many of them have abandoned further imports.

Another marketer, who spoke on the condition of anonymity, said: “The PPPRA has adjusted the template and fixed ex-depot price at N77/litre, it has pre-determined most of the expenses and other components that make up the price.

“When we circulated the new template to our members, we discovered that we will be losing an average of N7/litre if we imported PMS based on that template. So, no marketer can import from a loss situation ab initio. We have made our case known to government and we are waiting for them to respond.”

But none of the three PPPRA officials contacted picked their calls or responded to text messages.

The NNPC, however, noted that the Warri Refining and Petrochemicals Company, WRPC, is still on stream and producing a little above 1.4 million litres of petrol per day.

It also assured of stability in the supply of petrol across the country, as it has put in place measures to ensure an unhindered supply of the product.

The NNPC said: “In response to the unexpected setback, we have activated comprehensive remedial measures to sustain the prevailing stability in the supply and distribution of petroleum products across the country.”

Suspected militants had last week blew up a gas pipeline in Warri South-West Local Government Area, Delta State conveying gas from Escravos–Warri-Lagos-Abuja, in what is believed to be a resumption of fresh hostilities in the Niger Delta region. The vandalized pipeline was believed to be the property of the Nigeria Gas Company, NGC.

The following day, the bombings continued, as the militants allegedly blew up the Abiteye flow station and Sagara to Chevron pipelines.

This led the Federal Government to issue a directive to the military to fish out the perpetrators of the act.

Days later, Joint Task Force Commander of Operation Pulo Shield in the Niger Delta, Major General Alani Okunola, vowed that the perpetrators would be fished out.

According to him, the task force was closing in on those blowing up oil pipelines belonging to the Nigeria Gas Company, Chevron Nigeria Limited and Nigerian National Petroleum Corporation, NNPC. 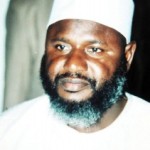