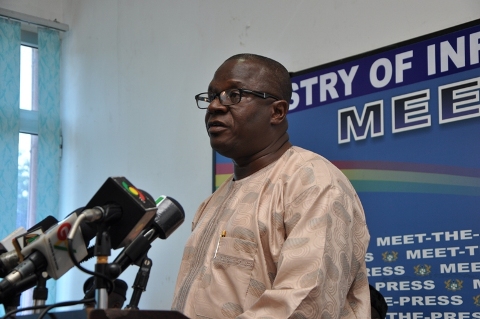 No district from the Upper West Region made it to the top 20 districts of the 2015 Ghana’s District League Table (DLT).

The DLT is a simple ranking tool for measuring the level of development in each of Ghana’s 216 districts. Although the Wa Municipality topped all the 11 districts in the region, it still placed 48th among the 216 districts nationwide, with a percentage score of 63.4 per cent.

The DLT is an initiative of the Centre for Democratic Development (CDD – Ghana) and the United Nation’s Children Fund (UNICEF – Ghana) in collaboration with the Ministry of Local Government and Rural Development.

Ms Mavis Zupork Dome, Research officer at CDD – Ghana, said generally, the country scored 56 per cent in terms of development services delivery.
She noted that 98 districts had improved their performance in the DLT since the last assessment a year ago.

The CDD research officer appealed to the districts to take the results seriously and try to work on them in order to improve on the areas that they performed poorly.

She said the objective was to increase social accountability, support the Government of Ghana in local development, improve responsiveness, encourage dialogue and feedback and increase transparency of information.

Mr Mutaru Mumin, the Programme officer at CDD – Ghana, explained that the purpose of the DLT results was not for anyone to pass judgment on any district but rather it was meant for people to know how the districts performed in terms of the indicators.

He advised people against using the DLT results to attack the assemblies but to rather use it to either find support for the assembly or to offer help themselves to address the issues.

Mr. Issahaku Nuhu Putiaha, Wa Municipal Chief Executive (MCE), appealed to the originators of the DLT to endeavour to engage the assemblies in a dialogue to enable them to understand why they performed poorly in some of the indicators so they could work towards addressing those issues.