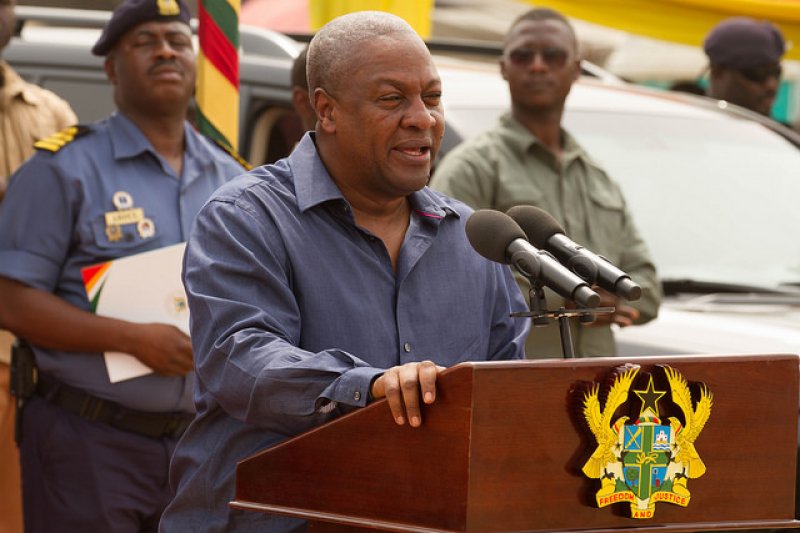 President John Dramani Mahama has called on Ghanaians to distance themselves from people whose actions could lead to violence.

He said it is important the citizenry uphold the peace in the country, especially in the wake of acts of terrorism in neighboring countries.http://ghanapoliticsonline.com

The president was speaking at the 48th annual celebration of the birth and life of Prophet Mohammed in Kumasi.

The annual celebration brings Muslims together to deliberate on issues bothering the Islamic religion whilst sharing ideas on positioning Muslims as agents of change in the society.
It also offers Muslims the opportunity to acquire more knowledge about the teachings and practice of the Prophet.

Addressing the Muslim gathering, President Mahama gave the assurance that the security agencies are in readiness and determined to protect the safety of the country.http://ghanapoliticsonline.com

The President also appealed to all political parties and civil society organizations to cooperate with the Electoral Commission in the conduct of this year’s election.

The Member of Parliament for Asawase and Majority Chief Whip, Alhaji Muntaka Mubarak, called on Muslims to tolerate each other’s views because Islam prohibits violence.

He urged Muslims to be united and have a common voice to propagate peaceful messages to the masses.

The program was under the distinguished leadership of the national president of the Tijaniyya Muslims of Ghana, Zaeem Sheikh Abdul Wadud Haruna, and the national Chief Imam Sheikh Dr Osman Nuhu Sharubutu.

Present at the occasion were ministers of state, other government officials, and the vice presidential candidate of the New Patriotic Party, Dr Mahamudu Bawumia.