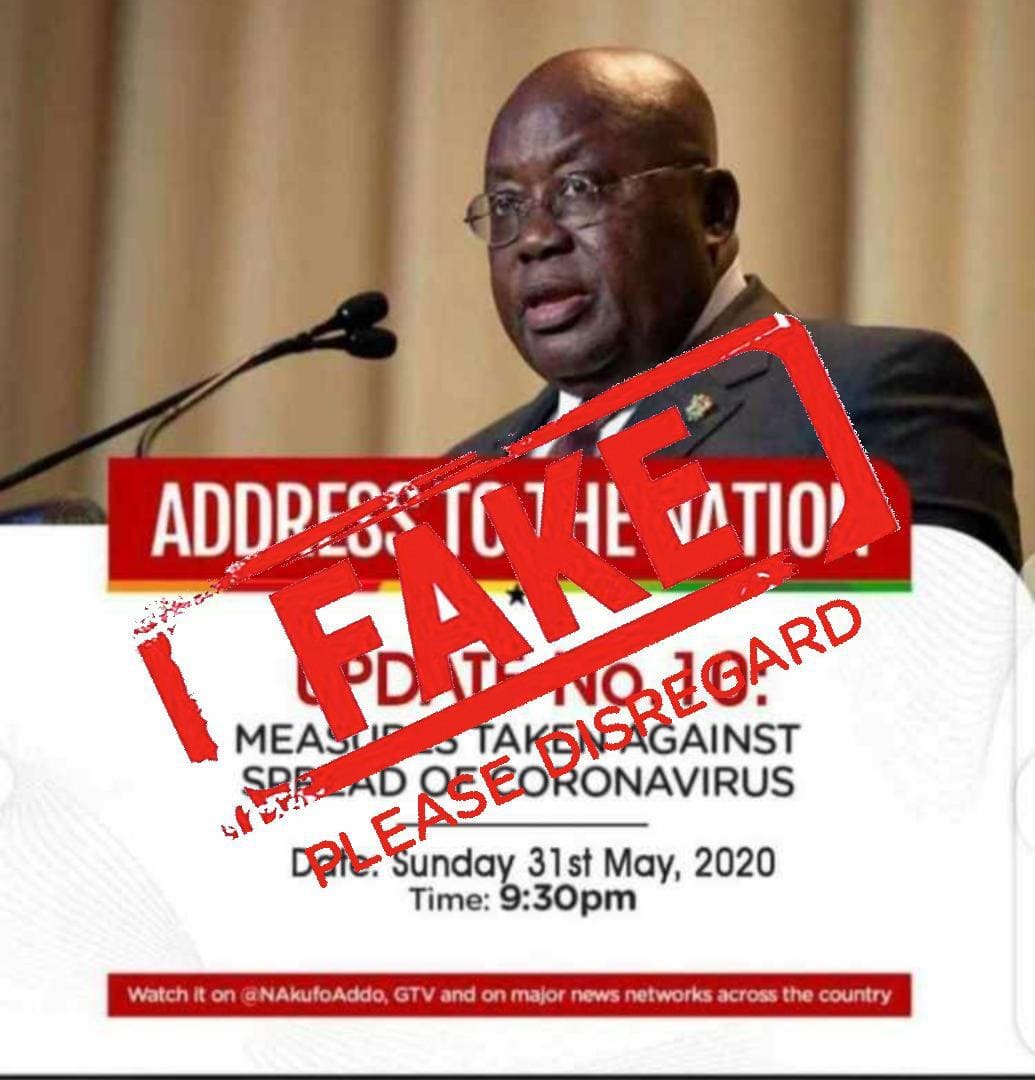 Earlier this afternoon a poster of president Nana Addo-Danquah Akufo-Addo was circulated by a section of Ghanaians on his much awaited address to the nation.

But in a quick rebuttal, captured by Attractive Mustapha some members of the New Patriotic Party have asked the general public to ignore News making rounds that the president will be addressing the public at 9pm.

The poster which was highly circulated had a bold engraving ‘Address to the nation’, update No 10.

Though the president has remained silent over his address which he promised days ago, the fake address notice being circulated by his members has raised eyebrows.

This has created uncertainty in the minds of many sympathizers and the general public since today is the deadline for social gathering and border closure to be and expected to be extended or otherwise.

member of the NPP are happy sharing and screaming FAKE, FAKE, but they are unable to provide the exact time the President will speak tonight, as at 6:27 pm. 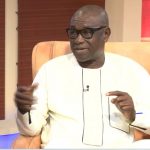 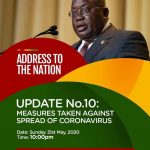