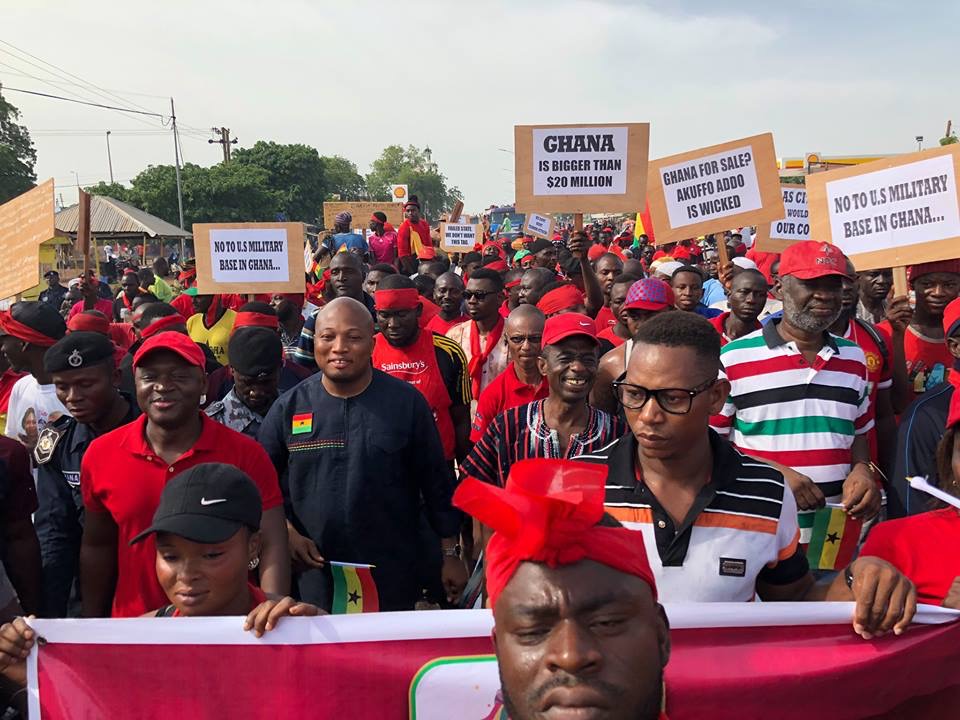 Tens of angry residents in the Keta Municipality have hit the streets in protest over oil exploration in the region.

The residents, most of whom are vegetable and fish farmers say oil exploration will not be in their interest.

According to them, the Keta basin for years has been their major source of fish supply and they fear, the oil exploration will take away their means of livelihood.

Describing the oil exploration as “evil”, the residents say any attempt to extract oil in the Keta basin will bring untold hardship and poverty to the people.

The demonstrations come in the wake of attempts to begin exploration of oil in the Keta basin.

In 2016, ex-president John Mahama signed an agreement with the Swiss African Oil Company to begin oil exploratory activities in the Keta basin.

There has since been some engagement with the community members about government’s intention to explore oil in the area.

But the community members appear resistant to the move by the government to explore oil.

The head of the Association of vegetable farmers, who gave his name as Roland, said the stakeholders were put into groups to discuss oil exploration but nothing conclusive came out of it.

He hinted the community resisted the intention by government to explore oil in the area, adding nothing has changed since their last meeting.

He took part in Thursday’s demonstration, saying, “This evil contract is not in the interest of the community.”

When he was told that oil proceeds could bring a lot of wealth to the people, he said” “It is only a fuss. Some of us have seen it and heard it,” adding there is poverty in Oil delta in Nigeria even though the place is rich in oil.

He said fishing and farming is their natural inheritance which will be bequeathed to generations unborn.

The residents, wearing red attires and bands hit the streets in protest over the oil exploration in the region.

With placards, some of which read: “Gov’t abrogate this evil agreement,” “No Niger Delta militancy in Anlo land,” “shrimp and tilapia farm in Keta basin is forever,” the residents maintained they will not give up their farming and fishing for oil exploration.

The Executive Director of the Centre for Natural Resources and Environmental management Koshi Kwawu Kumi told Joy News’ Volta Region correspondent Ivy Setordzie “oil exploration in the fragile ecosystem will not in any way benefit the citizens of Anlo land.”

According to him, there are many experiences about how residents in areas of oil exploration suffer in the midst of plenty.

He cited the Oil Delta region in Nigeria, South Sudan as some of the most impoverished areas in Nigeria and Sudan despite being rich in oil wealth.

It is not clear yet the next line of action to be taken by the government.