The Youth Wing of the Amenfi West arm of the governing National Democratic Congress (NDC) has resolved to boycott specific churches in the constituency for hosting a fundraising event organised by the opposition New Patriotic Party (NPP).

“Information we have gathered tells us that these churches: Methodist church, the church of Pentecost, the Assemblies of God church and the Christian Divine church, all at Samreboi, allowed their churches to be used as a platform to solicit funds to aid the NPP towards the upcoming by-elections,” a statement signed by Samuel Okwan said.

The youth expressed “dismay” at the development and said: “We just can’t understand the motivation” behind the action of the churches “to an extent of allowing the Ashanti regional Chairman of the NPP to raise funds to aid their campaign at their respective churches.”

The youth said it found the behaviour of the churches “unacceptable and we only want them to know we aren’t happy with their bias” against the NDC in the constituency. 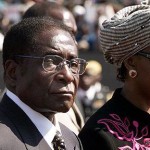