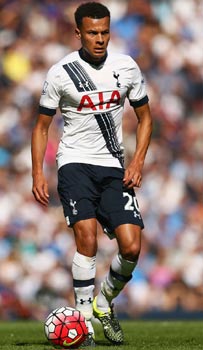 Alli has emerged one of the brightest young stars in the top-flight this season and the teenage midfielder’s meteoric rise gathered pace at Selhurst Park with a moment of magic that put Tottenham on course for a crucial victory.

The 19-year-old’s sixth club goal of the season was a breathtaking combination of sublime skill and lethal finishing.

And with England manager Roy Hodgson watching from the stands, Alli’s stunning strike provided a compelling case for his inclusion in the Euro 2016 squad after he scored on his debut against France last year.

More importantly for Mauricio Pochettino’s side, they left south London having consolidated fourth place in the race to qualify for the Champions League, while also remaining only five points behind leaders Leicester.

Jan Vertonghen’s first half own goal had put Palace ahead, but Harry Kane equalised after the interval with his 12th goal in his last 14 league matches and 16th of the season in all competitions.

Alli put Tottenham ahead in the closing stages before Nacer Chadli netted from long-range to give the visitors their fifth win from their last seven league games.

After an impressive first half of the season, Palace’s momentum has come to a crashing halt during a run of six league games without a win and now a fourth successive defeat.

The Eagles, without a goal in their previous five matches, gratefully accepted a gift from Tottenham in the 30th minute.

Palace winger Wilfried Zaha found space from a cross and when Vertonghen tried to clear, the Belgium defender only managed to poke the ball into his own net at the near post.

The much-maligned Hennessey made a pair of good saves to deny Kane early in the second half, but the England international wasn’t going to be denied for much longer.

In the 63rd minute, Tottenham’s pressure finally paid off when substitute Chadli clipped a cross towards Kane and he powered a header past Hennessey from close-range.

Palace responded well and Hugo Lloris kept Tottenham on level terms with a diving one-handed save to push away Zaha’s curling effort.

Adding to Tottenham’s fraying nerves, Vertonghen limped off with what looked like a knee injury in the closing stages.

Alan Pardew’s side had the momentum and they nearly had the lead when Scott Dann headed against the bar before the ball fell to Mile Jedinak, whose shot also rattled the woodwork.

But Tottenham steadied themselves to snatch the points thanks to Alli’s gem.

With just six minutes left, the teenager received possession with his back to goal and took a delicate touch to flick the ball over his head before turning sharply to drive a low strike past Hennessey from 25 yards.

Not to be outdone, Chadli produced a superb goal from 30 yards deep into stoppage-time to put the seal on the visitors’ blistering finish. 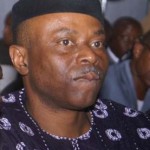