President–elect, Nana Akufo Addo is under pressure to revoke the purported appointment of Samuel Abu Jinapor as Deputy Chief of Staff.

Reports emanating from credible sources close to the President-elect indicate that a former Minister under the Kufuor government, Frema Osei Opare will be appointed Chief of Staff with Abu Jinapor being one of her deputies.

However, some NPP youth activists believe Mr Jinapor is not qualified for the job because they claim he did not show enough commitment to the party after the 2012 elections, warning that the position is too sensitive for someone who has commitment issues. They further pointed out, Abu Jinapor who is the junior of John Jinapor, Deputy Minister for Energy, had ‘been sitting on the fence’ for a very long time and only became visible few months to the December election .

These vociferous activists are using social media to state their case and warned that Nana Akufo Addo would be sending wrongs signals with regards to party loyalty and commitment if Jinapor is indeed appointed Deputy Chief Staff.

Well those who have eyes let them see..Underestimate the power of Social Media at your own peril,” Nana Sarpong, a staunch NPP sympathizer posted on his wall,

There are hard working young NPP lawyers who closed their chambers to campaign for Nana. It’s such ppl who shd be given such sensitive appointments not those who go n come as and when they wish. It sets bad precedent and demoralises the hard working young ppl in the party,”Kofi Ofosu, another strong NPP activist fired .

Their concerns appear to resonate with many party activists on social media . 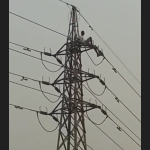 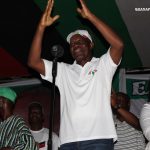