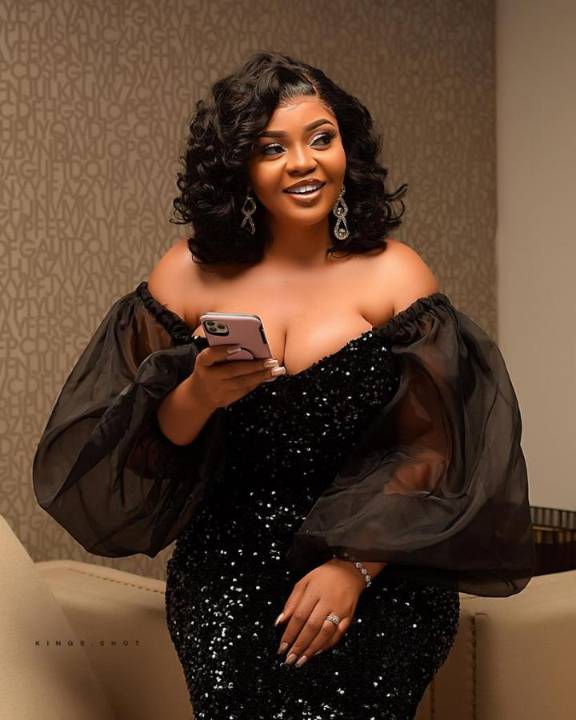 The talented actress has been nominated in both GOWA Awards as an outstanding woman in film making in Ghana under the year 2020 and Social Media Entertainment Awards as social media influencer of the year 2020.

In a chat with her, she told Ghanaian Journalist and Blogger Attractive Mustapha Nii Okai Inusah, that even though 2020 has been slow due to COVID -19, she has been actively working on both a commercial movie and a social media series which is doing well online.

She also urged her fans to vote for her so that she can win the two awards she has been nominated in.

She has featured in over 10 movies with the very notable ones being Efuewura and the award-winning movie titled ‘Devil In A Dress’.