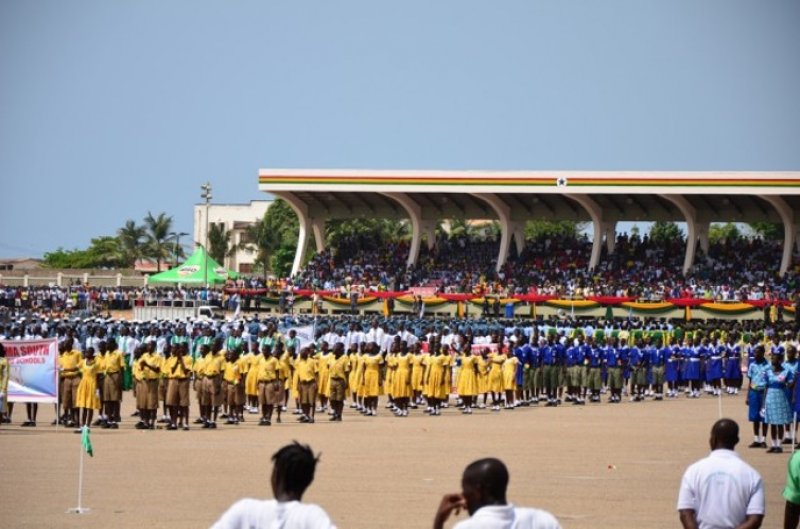 At least 70 schoolchildren participating in this year’s Independence Day anniversary in the Ashanti regional capital, Kumasi, collapsed out of exhaustion.

He said the students received quick intervention from health officials of the Ghana Red Cross Society, who blamed the situation on the baking Sun.

The Kumasi Metro Director of Health, Alberta Biritwum Nyarko, who spoke in an interview, also indicated that officials had to provide some food, glucose and medication to aid recovery of some victims.

“Some of them were hungry, so their blood sugar went down. Some of them have been standing for a long time and were weak. It is because most of the time, people do not eat before coming and when they come and stand at one place for a long time, blood pulls at the lower part of their body, so they feel faint and fall down,” she explained.

She further stated that “when they come here [to the first aid shelter], we make sure that they lie down, so that blood gets into their head, we lift their feet. We give them water, glucose and if they need ORS we provide. We have mashed kenkey and other medical supplies to help them recover”.