President John Mahama has described the passing year as a challenging one.

According to him, the country witnessed an intense economic atmosphere but the resilience of Ghanaians helped the government to surmount the challenges.

In a new year televised message, the President expressed his gratitude to Ghanaians for standing by the government throughout the problems that were faced in 2015.

He gave the assurance that Ghanaians are closer to witnessing the fruits of their patience and believe in his government.

“2015 was in many ways, a challenging year. There was growth and there were numerous accomplishments but we also experienced a number of setbacks and faced what at the time, felt like limitations.

“They were not altogether unexpected. Indeed I had asked you, the good people of Ghana to exercise patience and to bear with us during the difficult periods. Words cannot express how impressed and inspired I have been by your understanding.

“I applaud this steadfast patriotism… I would continue to serve this country with the understanding that one of the hallmarks of democracy is the continuous communication between the people of a nation and their elected representatives,” he said.

He added, “We are closer now, than ever before, to realizing the fruits of our patience. So let us not surrender our perseverance and the pride of nationalism to negativity or pessimism”. 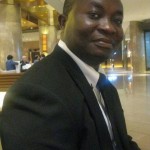