After a successful recruitment process held in Accra last week, to give direct employment to 113 young Ghanaians as Direct Sales Representatives (DSRs), Zylofon Arts Fund Board stormed Kumasi in the early hours Friday 20th July, 2018 to engage additional 100 smart and self motivated young individuals on the Zylofon Media premises in Kumasi.

The 1,000 nationwide sales reps module, is targeted towards the marketing, sale and distribution of the ZAF funded films produced and ready to hit the nation in few weeks. This concept is part of the commitment of Nana Appiah Mensah’s pledge to prove 1million jobs to the Ghanaian youth and also contribute to revive the film industry in Ghana. For some years now, the film industry has been plagued with several challenges including the non-existence of national distribution networks. Distribution is one of the critical elements of the film industry and for the Ghanaian film industry, that most-important conduit of ensuring that movies get to the consumers has broken down for quite awhile – thereby weakening the progress of the industry.

Zylofon Arts Fund (ZAF) has a devised the needed mechanisms to revive the distribution model in the film industry, especially for movies it has produced and sponsored in the short spate of time. These and more are the main reasons why the Board of ZAF has begun the recruitment of these DSRs to be attached to main distribution outlets across the country. The intention is to revive the DVD system which supports distribution. The organisation has engaged 100 direct sales representatives who will be responsible for the selling of either the DVDs on the market in Kumasi, produced by ZAF or productions by other directors on agreed terms with ZAF.

ZAF, which was set up by the Chief Executive Officer for Zylofon Media, Nana Appiah Mensah, in January 2018, with a startup capital of $1million to provide financial support to persons and firms in the creative arts industry – has been overly active since its inception, providing the much-needed succor for industry players. 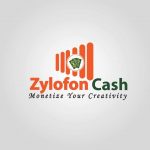