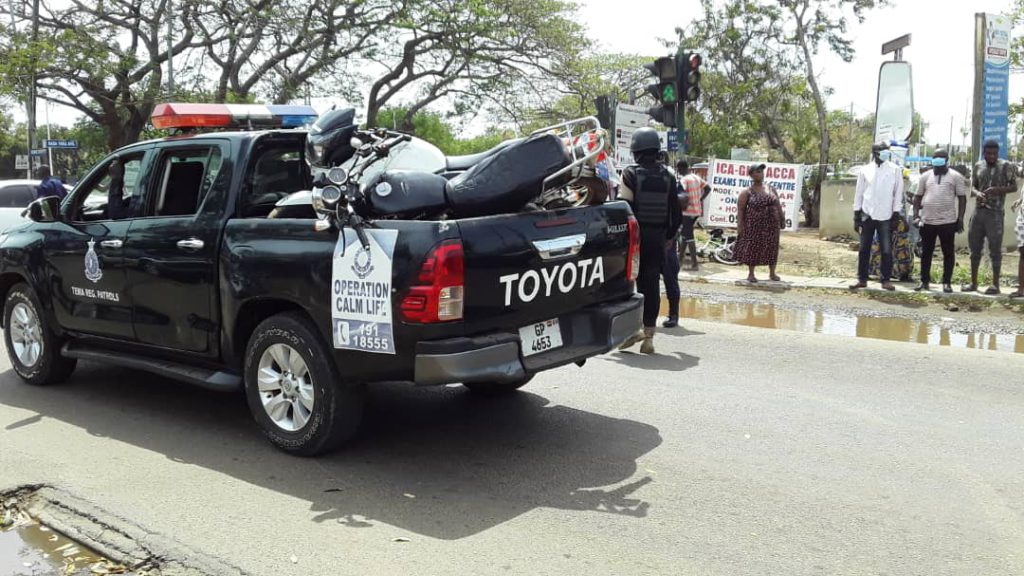 The armed robbers were attacking  businessmen who had gone to withdraw GHC 123,000 from the Zenith Bank Branch close to the Tema Municipal Assembly.

The Two robbers were killed in the process but the money was not salvaged as people who had gathered scrambled for over GHC 100,000 of the cash.

According to the report, four of the suspects picked up by the Police were seen as part of people who were scrambling for the money which was saved from the gunmen. The four according to the Police will be charged with dishonestly receiving and stealing.
And a staff of Zenith Bank has also been picked up for being a suspected informant to the armed robbers.