Composite online and offline retail chain, Yudala recently kicked off Mobile Monday, a weekly mega sales promotion for customers with a soft spot for mobile devices. The promotion will feature top brands such as Innjoo, Infinix, Alcatel, HP, Apple and Samsung, among others.

The company said that it recorded massive hits from as early as 6am while heavy foot traffic was noticed at most of the Yudala Experience Stores in various cities with a record sale of 500,000 mobile devices.

Interestingly, the smartphone segment saw a straight battle between Innjoo, Infinix and Alcatel, with significant spike in demand recorded for the X-Touch, a sleek, trendy and attractively designed smartphone; Infinix Hot Note and Hot 2 as well as the Alcatel One Touch. For tablets, Innjoo clearly led the way as the F3 Tab witnessed the highest demand from shoppers both online and in the various Yudala Experience Stores. Laptops were also a major action centre for shoppers on Mobile Monday, with HP leading the way closely followed by Lenovo.

Speaking on the overwhelming success of the debut edition of Mobile Monday, Head, Corporate Communications, Yudala, Mr. Gideon Ayogu, expressed delight with the massive response recorded, while noting that subsequent editions will further position the promotion on the front-burner as the biggest single day sales of mobile devices in the country. “This is the first edition of the Yudala Mobile Monday and I must confess that we were almost overwhelmed with the massive response witnessed. As early as 6am, orders had started pouring in online while queues were also noticed in some of our Experience Stores. However, we were able to meet the demand by ensuring delivery to all those who placed orders today.

“Although mobile devices are on sale every day of the week at Yudala, it is clear that our consumers have realized the essence of the Yudala Mobile Monday – which is that, every Monday in 2016 is the day to get the best prices and surprise deals on mobile devices from the biggest and most renowned brands.

“We are eagerly looking forward to next Monday’s sales as many of the international OEMs we are partnering with on this promotion will certainly be looking to position their devices to capture a large share of the sales.

“The Yudala Mobile Monday is our own way of offering Nigerians a pocket-friendly means of upgrading from analogue to digital devices and platforms, at a cost that makes sense in line with the current circumstances of reduced earnings.” 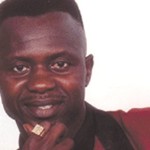