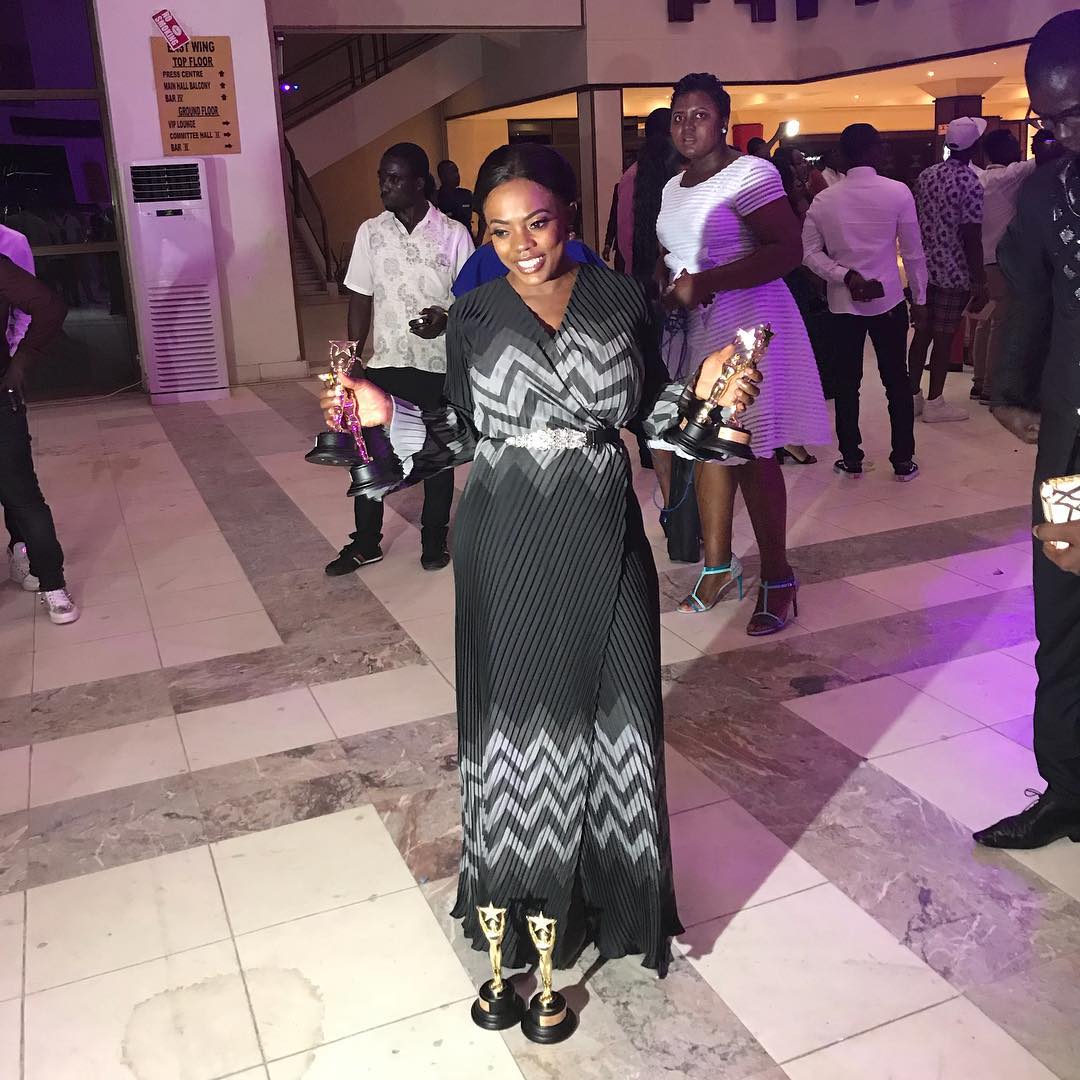 EIB Broadcast journalist Nana Aba Anamoah, who lashed out at the two major political parties in Ghana (NPP and NDC) for disrespecting Ghanaians has received a reply from the Communications Director of the United Kingdom branch of the ruling New Patriotic Party, Nana Ansah Obofour, MyNewsGh.com reports.

Nana Ansah Obofour who made statement via social media platform says Nana Aba Anamoah is a “useless, hopeless Mahama photoshop” who “sleeps with people’s husbands for money”. He further roped in her “bastard” son, MyNewsGH.com has confirmed.

Despite several protests from his numerous ‘followers’, the NPP executive has refused to take down the said post.

He was reacting to news of Nana Aba Anamoah’s rage about Akufo-Addo’s visit to the Volta Region when she said Akufo-Addo should concentrate on his own message instead of opposition leader Mahama’s shortcomings.

In a fit of rage on GhOneTV this week, Nana Aba said both NDC and the NPP have taken Ghanaians for granted and as such should be taught a lesson.

“I think Ghanaians should wake up and smell the coffee. I think these two political parties are taking us for us a ride. They’ve taken us for granted, they’ve done it before.”

She also indicated her disappointment in President Akufo-Addo during his recent tour in the Volta Region. She said he failed to account to the people for the number of jobs he has created in the region but rather preferred to criticize the past government for their work.

Her comments appear not to have gone down well with Nana Ansah Obofour and indeed many NPP party footsoldiers.

But few if any has attacked her in the manner of Nana Obofour who is a sports journalist and also Director of Communication for the NPP’s UK branch.

He called her a useless, hopeless woman who sleeps around. He also advised her to let her ‘bastard’ son go and see his father.

“See dis useless and hopeless Mahama photoshop girl too, she will not find a responsible man and marry to be a useful wife, but move around sleeping with her colleague women’s husbands for money, allow your son go see his father so he won’t be a bastard.” He wrote.

Nana Aba who took everything in her stride replied him, earning massive online support:

“People like you resort to insults but guess who isn’t moved? ME! I stand by what I said about the NPP & NDC. I had a different response for you but remembered you do this to earn your salary at the end of the month. Next time be bold & tag me. You piece of garbage”. MyNewsGH.com is following the feed and will keep our readers posted.