The pastor of the Mount Zion Methodist Church at Sakumono in Accra, Rt. Rev. Col. Paul A. Brewu, has assured the Flagbearer of the opposition New Patriotic Party, Nana Akufo-Addo, that he will be President in 2017 if he is able to instill discipline within the rank and file of the NPP.

It is unclear whether the pastor was merely offering counseling to Nana Addo or was giving a prophecy.

The pastor made the comments when Nana Addo on Sunday, September 26, attended a thanksgiving service held at the church for the New Patriotic Party’s parliamentary candidate for the Tema West constituency, Carlos Ahenkorah.

Accompanied by the National Women’s Organizer, Otiko Afisa Djaba; his Political Assistant, Francis Asenso-Boakye; and his Press Secretary, Eugene Arhin, Nana Akufo-Addo, the NPP flagbearer, was given a rousing ovation by the congregation, as he made his way into the church’s auditorium.

Preaching on the theme: “Your sincerity to God’s work shall be rewarded”, Rt. Rev. Col. Paul A. Brewu, the Superintendent Minister of the Church, urged the congregation to imbibe in them the Christ-like traits of sincerity, credibility, self-discipline, and the fear of God.

Specifically to the NPP flagbearer, Rev. Paul Brewu asked God for an “excellent eyesight” for Nana Akufo-Addo, so he is able to discern, and have around him persons who are credible and have integrity, and those whose ways are guided by the life of Jesus Christ.

Touching on self-discipline, he assured Nana Akufo-Addo that “if you can instill discipline in the NPP, I can assure you that in 2016-2017, you will be there. Do all you can to bring the NPP together, but don’t hesitate to reprimand and discipline those who seek to destroy.”

On the subject of widespread corruption confronting the nation, Rev. Blewu noted that he was comforted by Nana the NPP flagbearer’s strong statement that he is seeking office not because he wants to enrich himself but rather to build a prosperous nation.

“Nana, your life should be like salt of the earth so you can influence society”, he said, stressing that “the corruption in the country is too much. To all those who have stolen money from the country’s coffers, God will punish them.”

He continued, “We pray that God-willing, next year, there will be a new Head of State in Ghana, because the country is suffering”, which received a massive roar of approval from the congregation.

To Carlos Ahenkorah, Rev. Brewu noted that his first point of call, being the Church, after his victory was a step in the right direction.

“However, when you leave the House of God, don’t go before any idol. If you do, God’s wrath will be visited on you,” he said.

As a potential Member of Parliament in 2017, the Superintendent Minister urged Carlos Ahenkorah to ensure that all he does, when he wins in 2016, should be aimed at improving the lives of his constituents and not to “misapply the Common Fund like some are doing.”

Carlos Ahenkorah, before introducing Nana Akufo-Addo to the congregation, asked for prayers “so Tema West can come together. I also want to a hand of co-operation to my competitor and incumbent MP, Irene Naa Torshie. To my supporters, I urge you not to do anything that will alienate her supporters. If we unite, we are assured that of a margin of victory of not less than 5,000 in 2016,” he added.

Nana Akufo-Addo thanked the congregation for the warm reception they gave him throughout the service, and also thanked Rev. Brewu for his exhortation, hoping that the Superintendent Minster would get a platform to send his message across the country, on a weekly basis.

He also admonished supporters of Carlos Ahenkorah not to do anything to antagonise supporters of the incumbent MP, explaining that unity is one of the key ingredients towards an NPP victory in 2016. It would have been good, he said, if Naa Torshie’s schedule would have allowed her to be present at the Service.

“I am not a perfect man by any stretch of imagination, but my intention is an honest one. I’m not in politics to enrich myself, that’s not the reason I came into politics. I came to contribute my quota to ensure that our nation develops. If it was all about money, I would have stayed in law and in business. Have confidence in me that I am coming for the development of our nation, because we are not entitled to be a poor country, but a prosperous one,” he told the congregation.

On the issue of party unity, he assured Rev. Brewu and the congregation that, “whatever I can do to ensure that the NPP is united and all these internal happenings come to an end, I will do it.”

In concluding, he admonished the congregation to remain firm in their belief, urging them to be guided by Bible passage in Matthew 7:21 that “Not everyone who says to me, ‘Lord, Lord,’ shall enter the kingdom of heaven, except he who does the will of my Father, which is in Heaven.” 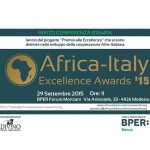